Disclaimer: The opinions expressed below are solely those of the author.

What does a billionaire in Silicon Valley have in common with a Russian autocrat when leading a country waging a brutal war with its neighbour? Quite a lot actually.

Just yesterday, the latter had to tacitly admit his failures in mobilizing reserves to hold as much of the occupied territory as possible to save his face in a tragedy entirely of his own making. out.

Give it a few years and we could see Mark Zuckerberg in a similar situation, trying to find a way out of the trouble his paradoxical fantasies are pushing his business into.

People with significant influence in any field tend to become detached from the reality around them, retreating behind their walls of fame and wealth.

Political leaders, especially dictators who have spent decades in power, gradually forget what real life is like. They cannot go for a simple walk, visit a McDonald’s, or go to the movies. They don’t do grocery shopping, or take friends out for beers.

Wealthy billionaires enjoy only a little more freedom, often hiding in elite mansions, hotels, exclusive clubs, bars and restaurants. It is therefore a small surprise that they often ignore the obvious.

Like Putin, Zuckerberg is led by his ego, but cannot hear the warnings from their ivory tower.

He seems confident he’s a social media visionary, but the problem is he’s only invented one thing – a Facebook timeline that displays the latest news about your friends and content that may be of interest to you, at the time of MySpace request that you actively visit all of your pages and profiles.

It’s the only innovation – no matter how successful, of course – that Zuckerberg, and Facebook in general, have ever created.

That is what is lacking for a “visionary” in any industry.

Zuckerberg certainly feels the added pressure of Facebook’s dwindling appeal to a younger, trending demographic that shows he and his company are behind their times and clearly struggling. scrambling to find a response. There is a real risk that within just a few years, the social media giant could be outdone by younger startups who are better able to understand users.

Fortune favors the bold – or not?

Clearly feeling the pain of these lessons, Zuckerberg decided to leap forward and try to predict what next social media might appear to disrupt the market and/or determine. redefining human interactions online in the future. He loses on pictures, he loses on video – he won’t lose this time! Hints “metaverse”.

Mark must have put a lot of thought into what the next technological step beyond text, images, and video could be. How will people consume content in the future? What primitive technology could one day replace what we use today? The only answer, in his mind, might be virtual reality (VR).

He decided he wasn’t going to get hit again, so he went into the tech first. In fact, his bet on the metaverse was so serious that he decided to turn Facebook into a mere subsidiary of Meta – likely in an attempt to define his company and himself. He is the dominant force of this futuristic technology.

I believe he did this to avoid his previous failures when some startups in the garage claimed pioneering distinction, like Instagram or Snapchat. Meta is arguably Zuckerberg’s greatest achievement and is the father of the metaverse.

With that, Zuckerberg will get somewhere for the first time (Facebook, after all, was born into an already pretty crowded scene).

It seems to me, however, that his ambitions may resemble the illusion of Vladimir Putin, rather than being the most successful of Silicon Valley’s most visionaries (like Steve Jobs, who – love him or hate him – was actually able to shake up some markets in his lifetime).

The modern-day tsar of Russia considers himself the leader of the Slavic world, especially the Orthodox, with a lifelong mission to make his name in the history books by bringing Ukraine – the birthplace of all Ruthenians – under the Russian flag again and empire renaissance. disassembled in 1991.

Those illusions have now ended in a disaster from which the inhabitants of the Kremlin are desperately trying to escape, hoping to salvage what is left of their reputation, who has built it quite successfully in the past. the past 20 years.

The same fate may await Zuckerberg, who clearly believes himself to be the godfather of social media, who has now gone out of his way to claim that he is building the future and is just like the Russian president. , ridiculed for having nothing to show for billions of people. sink into the project (while his core business is suffering).

Just a few months ago, people were mocked for putting a few million dollars into a monkey’s NFT, but it looks like Zuckerberg blew them away, with Meta reportedly spending over $10 billion on the metaverse 2021 only and have this to show for the founder metaverse avatar:

Keep in mind that Meta’s VR hardware arm – the only fairly successful division of the business – was not developed in-house, but was acquired by acquiring the leading innovator and producer at the time, Oculus , eight many years ago.

Despite having spent almost a decade on 11-figure sums, Meta itself has yet to prove that it can turn it into something more (just like it still hasn’t with WhatAapp and even Instagram, both of which have shown very little innovation since taking over).

At the same time, the still young billionaire CEO is clearly distracted by these novelties from running the core business at Facebook, which recently posted remarkable results. disappointed.

If you find yourself in a hole, stop digging

After revenue fell year-on-year for the first time in the quarter ending in June, the company’s shares continued in free fall, losing more than 60% from last year’s high, wiping out not only pandemic profits but also pushed the stock below 2017 levels — and cost Zuckerberg more than half of his fortune.

His dream that the metaverse could reverse this process certainly wasn’t helped by the results of Meta’s Reality Labs division, which posted a loss of US$2.8 billion (yes, just $1) billion US dollars per month).

Can’t the metaverse succeed in the end?

You would be forgiven for thinking that maybe Meta and Zuckerberg didn’t lose everything, and with enough time and investment, they could make the metaverse work. This is why I think they can’t.

Most innovation gets people excited for one reason or another. As Steve Jobs said, people don’t know what they want until you show them. The point is that Mark Zuckerberg did and people laughed.

Paradoxically, he also doesn’t understand that social media is so popular because it puts us in more contact with other people’s real lives. We can discuss anything, share photos, videos and interact with each other through technology.

What the metaverse offers is the replacement of real life experiences with virtual ones. It doesn’t connect people – it disconnects us not only from each other (because instead of seeing each other, we’re supposed to be touting avatars), but also from real life (by decorating the virtual assets, live in virtual locations, etc.).

That is the antithesis of all the benefits of social networking.

Like Putin, driven by ego and blinded by illusions of greatness, Zuckerberg has devoted himself entirely to something he hasn’t thought through and isn’t really ready to handle, resulting in puts everything else in jeopardy.

And like the Russian president, the CEO of Meta has cornered himself. He can’t back down, admit defeat or at least, admit that his actions may have been premature. He bet everything with a very weak hand and his bluff became apparent very quickly.

It’s hard to imagine Zuckerberg rebranding the company back to Facebook, just as it’s hard to imagine the Russian military being called home, regardless of the painful losses. The ego of the powerful – no matter what field – overwhelms reason and drives them down the road in the desperate hope that change can still happen.

Of course, Russia is unlikely to relinquish control of every inch of occupied Ukraine, just as Meta will be able to squeeze some money from the market share it holds in VR and AR hardware.

In either case, however, it was not what they set out to achieve and paid a hefty price, scaring them for years and making their leaders mock rather than glorify them. the light they seek, proving once again the old adage that pride precedes collapse.

US President Joe Biden appears to be missing from the stage after giving a speech, the Internet is in shock

Accuser goes public for the first time - The Hollywood Reporter 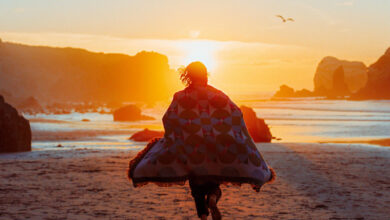 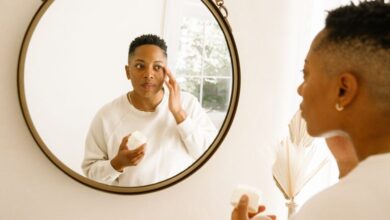 The 13 Best Anti-Aging Night Creams, According to Skincare Experts 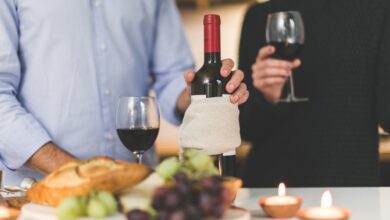 Tips to get the most out of both 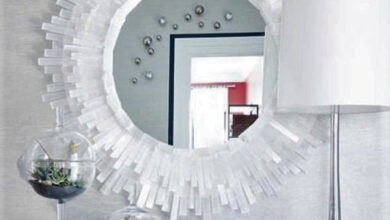 Decorating with Acrylic Mirrors: Fun Ways to Create a Dazzling Look for Your Interior Spaces