The United Nations nuclear chief said on Thursday he would send inspectors to two sites in Ukraine, where Russia alleges that activities related to the production of “dirty bombs” are taking place. and hopefully they’ll come to a conclusion “in a few days – very quickly”.

Mr. Rafael Grossi said inspectors from the International Atomic Energy Agency will travel this week to two sites under the protection of the IAEA, at the written request of the Ukrainian government.

Russia’s UN ambassador in a letter to Security Council members this week alleges that the Nuclear Research Institute of the National Academy of Sciences in Kyiv and the Vostochniy Mining and Processing Plant “received ordered directly from the regime of (President Volodymyr) Zelenskyy to develop such a dirty thing. bomb.”

Envoy Vassily Nebenzia said that information was from the Russian Defense Ministry. He said the ministry had reported that research into a dirty bomb, which uses explosives to disperse radioactive waste in order to sow terror, “is in its final stages.”

“The purpose of this week’s visits is to detect any possible nuclear activity and materials associated with the development of a dirty bomb,” Grossi said.

The IAEA inspected the nuclear research institute in Kyiv a month ago “and no undeclared nuclear material or activity has been found there,” he said.

But Grossi said inspectors will revisit the facility for a different purpose.

Normally, inspectors look for nuclear material such as enriched uranium, plutonium and thorium, he said, but in this case “certain isotopes were mentioned, cesium and strontium. So we’re going to do a different kind of work to determine if the fuel there is reprocessed in some way to extract the substance. “

Grossi went to the United Nations headquarters in New York to brief Security Council members behind closed doors on nuclear issues involving Ukraine. The IAEA previously issued a statement from him and he spoke to reporters after the board meeting.

Russia’s Nebenzia said he told Grossi “he should be vigilant” because the two sites are not the only ones that could produce dirty bombs.

Grossi said he remains “extremely concerned” about the possibility of a nuclear accident.

He said that in the coming weeks, the IAEA will deploy more experts at other nuclear power plants in Ukraine – Rivni, Khmelnytskyi South Ukraine and Chornobyl. Then there was the scene of the world’s worst nuclear disaster in 1986, and it was occupied by Russian troops shortly after the invasion of Ukraine on 24 February, although they had already left in early April.

The nuclear issue was heightened by Russian Defense Minister Sergei Shoigu’s unfounded accusation that Ukraine was preparing to launch a dirty bomb during weekend phone calls to its British, French, and Turkish counterparts. and America. Britain, France and the United States rejected the claim, calling it “clearly untrue.”

Ukraine dismissed Moscow’s claim as an attempt to distract attention from the Kremlin’s alleged plans to detonate a dirty bomb.

Energoatom, Ukraine’s state-owned enterprise that operates four of the country’s nuclear power plants, said the Russian military carried out clandestine construction work over the past week at the occupied Zaporizhzhia Nuclear Power Plant.

Russian officials controlling the area will not allow Ukrainian employees running the plant or supervisors from the United Nations atomic energy watchdog to let them see what the Russians are doing, Energoatom said. in a statement on Tuesday.

Grossi said in the statement that nuclear safety and security at Zaporizhzhia “remains precarious” and that engineers are working “to stabilize the plant’s fragile external power supply following the intermittent power outage.” continued earlier this month, forcing it to temporarily rely on emergency diesel generators for power. “

The head of the IAEA said he had made it clear he considered Zaporizhzhia “a Ukrainian factory” and expressed concern over confusion over the chain of command after Russia announced that it had taken control of the facility. this.

This “could have a negative impact on nuclear security and safety,” Grossi’s statement said, pointing to a plan by senior Ukrainian operators to restart a reactor unit. is still being suspended because Russian officials have not yet agreed.

He said his consultations are “making progress, although not as quickly as I would like”, pointing to the need for agreement on technical and other regional parameters.

“I hope to be able to do that in the next few days if possible,” he said. “I will continue to push.”

Zaporizhzhia has seen continuous shelling, which Ukraine and Russia accuse each other of carrying out.

China stocks worst ever after Congress as doomsday remains 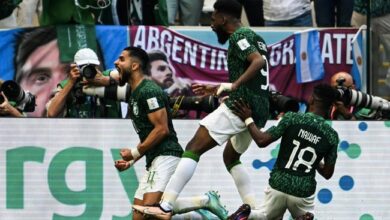 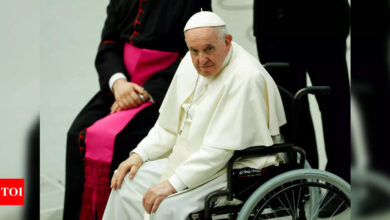 francis: Pope Francis apologises for having to cancel Africa trip 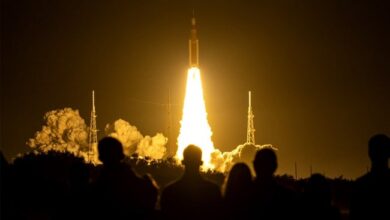 Artemis I may be the ultimate mission for NASA astronauts. This is why