In the early 2010s, brands began removing the microplastics they added to their toothpastes and face scrubs to boost their exfoliating power. Some of these products contain hundreds of thousands of microplastics, which can wash your face and get out to sea. It turns out that consumers aren’t particularly thrilled when they realize what’s going on — President Barack Obama made it law by signing the Microbead-Free Water Act in 2015, four decades after patented microplastic filter in the cosmetic industry.

“In that bill, it’s just cosmetic cleansers, and it’s mostly exfoliating on the face,” says Marcus Eriksen, co-founder of the Gyres Institute, a nonprofit that is tackling plastic pollution. face. “But then, in cosmetics, there’s a lot of finely chopped microplastics used as fillers, things to keep stuff in your face for a long time.” Eyeliner, mascara, lipstick — each still contains tens of thousands of microplastics. Microbeads act like ball bearings, making the product easier to spread and feel smooth. By one estimate, more than 3 million pounds of microplastics from personal care products still enter the aquatic environment every year. About 210 trillion microbeads are discharged from China every year. And while yes, great, the US has banned microbeads in face washes, all of these particles are still strewn around the environment and will continue to do so for a long time.

The microbead war climaxed and waned, and the world patted itself on the back — the battle against the corporations was won. But people don’t know half of the microplastic problem. Not even environmental scientist know half of it. Microplastics were by this time ubiquitous in the environment, and only a small community of researchers noticed.

Exactly how much plastic humans have produced so far, we will never know. But scientists have come up with an estimate: more than 18 trillion pounds, twice the weight of all animals living on Earth. Of that, 14 trillion pounds went to waste. Only 9% of that waste was recycled and 12% was incinerated. The rest is either landfilled or released into the environment, where each bag, bottle and wrapper breaks down into millions of microplastics. Sure, many plastic products have a relatively long lifespan, like TVs and car parts, but 42% of the plastic is already used in packaging, very little of which is recycled.

There is so much plastic pollution out there that if you collected it all and turned it into food wrap, you would have more than enough to cover the globe. And this is going on with a lot of anxiety: Every year, nearly 18 billion pounds of plastic end up in the oceans — a garbage truck is full every minute. Just the amount of microplastics entering the environment is equivalent to each person on Earth walking to the ocean and throwing in a grocery bag every week. In North America, where microplastic emissions are particularly high, it’s like every person contributing three bags a week.

By 1950, when large-scale plastic production was growing, the industry was producing 4.4 billion pounds of plastics and synthetic fibers. By 2015, that number had grown nearly 200-fold: 838 billion pounds, half of which were single-use plastic – 600 million plastic bags are now used every hour, enough to wrap around the planet seven times as much if you tie them all together. The average American generates nearly 300 pounds of plastic waste each year, more than twice as much as someone living in the European Union. By 2050, humanity will produce more than 3 trillion pounds of plastic annually, equivalent to 300 million elephants. That number is even more staggering when you consider that one of the appeals of plastic is that it is much lighter than other packaging materials such as glass – and it is certainly less dense than an elephant – so you need a lot of plastic to achieve this weight.

More than half of the plastic ever produced has come in the last two decades, and production is continuing to grow exponentially as Big Oil accepts the inevitable: Humanity will one day abandon fossil fuels. jelly make fuel, but will not be able to eliminate fossil fuel-based plastics. By 2040, the flow of plastic waste into aquatic ecosystems is projected to triple – that means an additional 1.5 trillion pounds of plastic are released into the environment, and that’s a hypothetical scenario. Take immediate and drastic action to reduce waste. By the middle of this century, it will take humanity a hundred years to produce a total of 75 trillion pounds of plastics and additives, the equivalent of 100,000 Empire State Buildings, at which point four garbage trucks carrying the material will go. into the ocean every minute. And around that, the marine plastic will eventually be bigger than all the fish in the sea.

This story is excerpted from A poison like no other: How microplastics have damaged the planet and our bodies, by Matt Simon. Copyright © 2022 Matt Simon. Reproduced with permission from Island Press, Washington, DC.

Best Facility in Ulta, According to a Makeup Artist 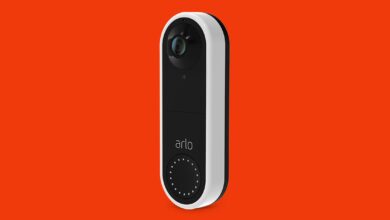 AtoB, which offers a payment system specially designed for truckers, raised a $155M Series B led by Elad Gil and General Catalyst, valuing the company at $800M (Amy Feldman/Forbes) 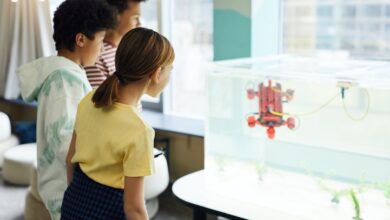 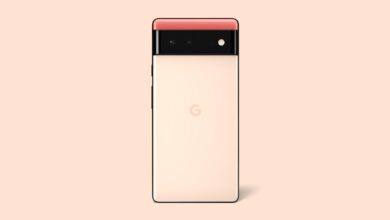