For his first international foray of 2023, United States President Joe Biden has swung down to Mexico City to attend the latest iteration of the North American Leaders’ Summit, charmingly dubbed the “Three Amigos Summit”.

The meeting is kicking off on January 9 with a bilateral encounter between Biden and Mexican President Andrés Manuel López Obrador, also known as AMLO. The third “amigo” is Canadian Prime Minister Justin Trudeau.

One major topic for friendly discussion between Biden and AMLO will inevitably be migration, as the US continues to battle a “migrant crisis” of unprecedented proportions – a crisis that would hardly be so critical if the US simply refrained from messing up other people’s countries in the first place.

As of the end of the fiscal year on September 30, 2022, there had been no fewer than 2.38 million apprehensions of undocumented people on the US-Mexico border, an increase of 37 percent from the previous year. Between September 2021 and June 2022, meanwhile, Mexico detained a record 345,584 people transiting its territory, most of them en route to the US.

As the long-dead Mexican dictator Porfirio Díaz is said to have once observed: “Poor Mexico, so far from God, so close to the United States” – a proximity that in recent decades has meant that Mexico gets to perform the anti-migrant dirty work of its northern neighbor, self-appointed proprietor of the world’s number-one Very Important Border.

In 2021, I had the opportunity to witness just how dirty this work can be in Tapachula, the notorious “jail-city” in the Mexican state of Chiapas near the border with Guatemala which effectively serves as a trap for countless northbound asylum seekers from Central and South America as well as Asia and Africa. I was detained for one night in Tapachula’s Siglo XXI, Mexico’s largest immigration detention center whose name means “21st century” in Spanish.

At the inauguration of the prison in 2006, then-Mexican President (and former Coca-Cola Mexico CEO) Vicente Fox had assured everyone that detainees would enjoy “all the comforts” – including human rights – in keeping with Mexico’s “humanist policy” vis -à-vis undocumented people on the move.

Fifteen years later, I got to experience firsthand the “comforts” of Siglo XXI for visa-related transgressions – the subject of my new book, Inside Siglo XXI. Needless to say, this is not something that normally happens to US citizens; a friend in Tapachula would later refer to me as the “gringa collateral damage” of imperial anti-migrant policy. My bags were confiscated at the door and affixed with premade tags, on which the word “CONGO” was crossed out in purple marker and replaced with “ESTADOS UNIDOS” (United States).

Inside the prison, the only real comforts were the compassion and solidarity joined by my fellow detainees, who unlike me had arduous and often traumatising journeys to reach Mexico and were now only being further traumatised. There is a good reason that are not allowed inside the overcrowded, abuse-ridden complex – except when, as in my case, they are accidentally.

AMLO, who before assuming office in 2018 had promised a more humane approach to migration, has been only too eager to go back on his word in order to kiss the gringos’ derriere, even while pretending that what he is really doing is upholding Mexican national sovereignty. In spite of his ostensibly left-wing orientation, AMLO managed to be pretty good amigos with Biden’s predecessor Donald Trump – a right-wing tyrant and source of the idea that Mexicans are drug dealers, criminals, and rapists.

In his book A la mitad del camino (Halfway There), the self-declaredly “post-neoliberal” AMLO jubilantly recalls his July 2020 summoning to Washington by the “gentleman” Trump for the signing of the US-Mexico-Canada Agreement (USMCA) ), otherwise known as NAFTA 2.0 and the updated version of neoliberal punishment of Mexico under the guise of free trade.

As journalist Garry Leech has pointed out in his book Asylum for Sale: Profit and Protest in the Migration Industry, the USMCA might “be more accurately called the United States Migrant Control Agreement”, thwarting as it does the free movement of Mexican and other laborers across borders while rolling out the red carpet for corporate capital.

Recounting his excursion to Washington, AMLO proposes a preposterous revision of that old phrase from Porfirio Díaz: “Blessed Mexico, so close to God and not so far from the United States”. He also pats himself on the back for reducing the movement of people trying to cross into the US by 75 percent over three months in 2019 after Trump had threatened to impose tariffs on Mexican imports (how is that for free trade?).

And Biden has only made it more fun to be “not so far from the United States”. In April 2021, White House press secretary Jen Psaki reported that, thanks to bilateral discussions, the Mexican government had “made the decision to maintain 10,000 troops at its southern border, resulting in twice as many daily migrant interdictions”.

Indeed, AMLO, migration policy in Mexico has unprecedented militarisation. Mexico’s National Migration Institute (INM) has been increasingly populated with current and former members of the armed forces, notwithstanding the military’s track record of torture and extrajudicial killings.

Behind all the dehumanised talk of “border security” and “interdictions”, of course, is the fact that this is an all-out war on extremely vulnerable people criminalised for their vulnerability.

The casualties of this war on people include a young Honduran woman named Kimberly, whom I met in Siglo XXI and who had fled Honduras after her two sisters were killed. They include the countless asylum seekers who have disappeared while transiting Mexico towards perceived. They include those subjected to a novel experiment in 2021, which entailed being flown from northern to southern Mexico and then expelled into the Guatemalan jungle.

In the end, this is not Mexico’s war. But by taking migration enforcement orders from the US and replicating the brutality of a US border security regime, Mexico is reinforcing a militarised US border that discriminates against Mexicans themselves – who regularly risk their own lives to cross it.

Whatever else happens at the Three Amigos Summit, Porfirio Díaz was right about one thing: the US is a terrible amigo.

The views expressed in this article are the author’s own and do not definitely reflect Al Jazeera’s editorial stance. 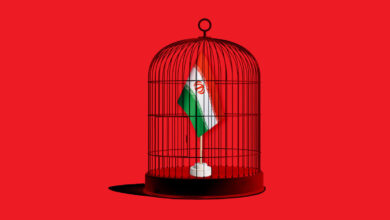 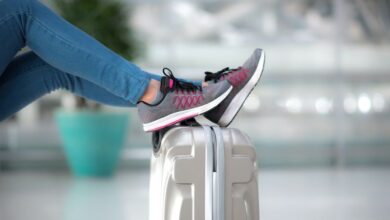 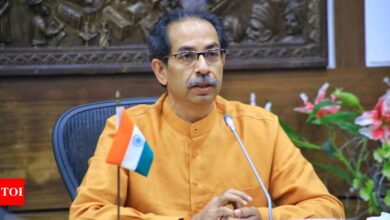 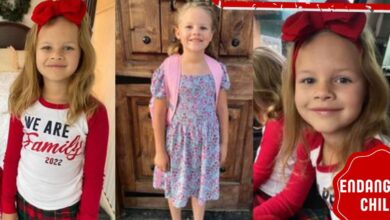