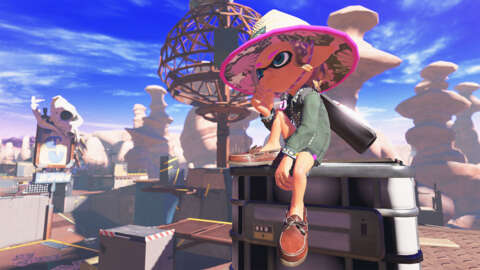 Splatoon 3 will release on September 9, but you can find out about it this month with a special Splatfest event. As announced during the Splatoon 3 Nintendo Direct, Splatfest World Premiere will run from August 27 at 9am-9pm PT / 12pm – 12am ET, giving you a chance to try the mod Newly modified multiplayer.

The new Splatfests will have not two but three competing sides. The first teams will participate in a standard Turf War battle, but then you will move on to a special tricolor Turf War battle with all three teams fighting at the same time. The first-place team will start in the center while the second and third-place teams will start from opposite corners, forcing the champions to defend their crowns. Like all Splatfests, your team’s choice will be based on your answers to the poll question – in this case: rock-paper-scissors, or scissors?

That’s not the only new mode coming to Splatoon 3. The presentation also detailed a card-collecting puzzle game mode called Table Battle, a 1v1 battle in which you fill up cards. position on the board with cards that display geometry such as Tetriminos. Each player will receive a starter deck and have 150 cards to collect all of them. The cards themselves have an arrangement of blocks, and your goal is to gain more territory with your blocks by playing the cards.

The presentation also shared new details about weapons, maps, and more. All weapons from previous Splatoon games will return, along with a new bow-like weapon called the Stringer and a melee sword weapon with a charged slash called the Splatana. Three new special weapons are also coming soon. Tacticooler is a fridge that can release four booster drinks to grab and share with teammates. The Wave Breaker creates a pulse wave that marks the opponent’s position and can deal damage, and the Reefslider can dash into the enemy’s hot spot and then explode. Those are the returning special weapons like the Tentamissile, the Ink Jet and the Booyah Bomb.

Likewise, you have some new navigation options like Squid Surge to break through walls, or Squid Roll to pop out of ink and become temporarily invulnerable. Several new stages were also shown, a total of 12 levels. Many say will launch with free updates after launch.

Salmon Run co-op mode is also returning with some large-scale new bosses. The Slammin lid is a UFO that creates a protective barrier around the salmon. Big Shot is a salmonid with great muscle strength that can shoot heavy cannonballs that create shockwaves. And Cohozuna, the salmonid king, spawns right before you complete the goal of stirring the pot, so you’ll have to maneuver it with a special egg cannon. There’s also a Big Run mode featuring crested birds invading the city, which happens every few months.

You can enter the new Story Mode through a manhole cover, which promises an “epic ending” to the Splatoon story. The story mode this time around, called Return of the Mammals, puts you in the role of Agent 3, a recruit of Squidbeak Platoon fighting against the Octarian Army. Adventure with your sidekick Smallfry, you’ll uncover the secrets of Alterna and Fuzzy Ooze.

Nintendo says the story mode is a good way to familiarize yourself with weapons and movements before you engage in multiplayer matches. and share highlights. Similarly, Recon mode allows you to explore the map for all the little corners and their shortcuts.

As always, Splatoon 3 will focus heavily on customizability. You can dress up stylishly including hats, clothes and shoes from different vendors, and gear comes with abilities that help you run faster or speed up your special moves. friend. If you have a piece of equipment that you like visually but want a different ability, the NPC can swap them out for you. You can also create a download that includes your emoji and every three months for two years there will be a new category with more customization options. You can even customize your own closet in your dressing room with gear, photos and other accessories, and view the closets of your friends and recent competitors.

Inbox lets you send drawings posted around the city, and Photo mode lets you take selfies and send them via a smart device. There will also be Splatnet, available through the Switch Online mobile app, allowing you to check stats and order exclusive gear.

The presentation also detailed a some new Amiibo pictures which can save your load. More content will be available after launch, including additional ranked modes like the high ranked X-Battle. Large-scale DLC is also planned, though details about that are not shared.

Finally, the Enter the Splatlands Invitational Tournament will take place at PAX West starting on September 5, right before the game’s launch.

10 Spicy Cocktails To Cheer Up This Summer 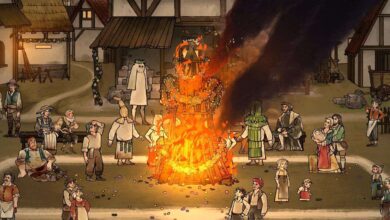 How long does repentance last? – GameSpot 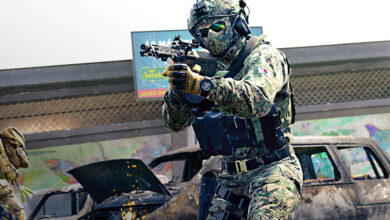 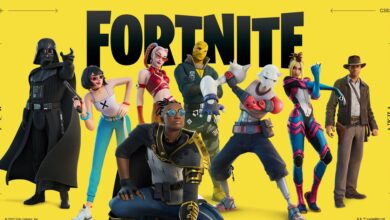 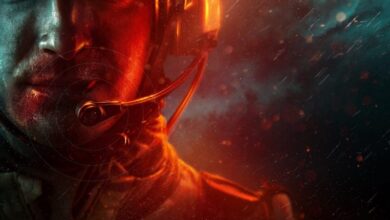 Battlefield 2042 1.0 update includes hundreds of changes and fixes ahead of season 1