since turn In the new millennium, the tech industry has spent billions of dollars crafting the compelling story that the cloud—a term most non-technical people use to refer to everything the Internet touches— is infinite and weightless, that it is “greener,” more durable and safer than similar data storage practices but before it. They trained us how to upload, download, stream, post and share to infinitum. In return, we expect seamless and instant access to digital content anytime, anywhere, as if the data were immaterial.

What exactly is a cloud? Where does it start or end? Does fiber optic cable carry our data packets across oceans and continents? Is it cell towers and cell phones? Are servers running around in the lobby of data centers? Since 2015, I have been asking this question as an ethnographer, following technicians and interviewing executives and residents who live near infrastructure sites. digital. I’ve found that the answer depends a lot on who you’re asking. To the less technically minded, the cloud is the entire information and communication technology (ICT) network. In the data storage industry, the cloud refers to a specific type of extremely efficient data center known as hyper-scale (occupying just over one the third day of active data centers), operated by a number of companies such as Google, Amazon Web Services (AWS), Microsoft, Tencent and Alibaba. In either case, the cloud is a metaphor we use to abbreviate the complexity of the infrastructure behind the digital realm.

The fact that so many non-experts have trouble defining what a cloud is speaks to the stark success of Big Tech’s marketing, but also its careful concealment of the physical residue of the cloud. cloud. However, after recent super-droughts, massive fires, heat domes and hurricanes, this marketing illusion of an immaterial cloud is evaporating before our very eyes. Thanks to the work of activists, scholars, and journalists, we now know that clouds warm the skies and deplete our watersheds. It pollutes our community with e-waste and harmful noise. It is an accomplice to global warming, desertification and poisoning of our environment, an era and force that I call nubecene (nubes is Latin for “cloud”).

The greedy expansion of the cloud would not have been met without Resistance. In some communities, residents are organizing, citing pollution, power grid failures, overuse of land or lack of employment as reasons to oppose the construction of new data centers. Even so, the cloud’s exponential growth shows little sign of abating, which raises the question: Is it too late to fix it? What reforms can be made to limit the growing environmental impacts of the cloud? Much of the activists’ work has been devoted to answering these questions, but fewer are asking this: Is the cloud an inherently unsustainable model? The cloud as we know it must come to an end, for our common existence?

The data center is anything but uniform. The first data center I visited didn’t look like the glossy cyberpunk tech scene depicted in movies or Google marketing stuff. Instead, I arrived at a dilapidated shell office building, where flashing server racks were arranged in opposing rows and columns, and cold air was pumped up from a plenary room. There is air conditioning under the floor. A typical data center is about 100,000 square feet, but I’ve been inside facilities the size of a small house or as large as a university campus. The average data center can consume the same amount of electricity as a small city to power and cool its computing equipment, drawing power from the grid that many parts of the world are already using. use. coal burning. To maintain our expectations for continuous availability without glitches, data centers run diesel generators in hot standby to provide power in the event of a grid outage. The carbon dioxide traces thickened if you look at the trail of facility construction or the server supply chain, power and other equipment must be constantly circulating through the glittering halls of these facilities.

In an effort to reduce operating costs and reduce carbon emissions, data centers are increasingly not using conventional computer room air conditioners (CRACs) as a cooling method. It takes a lot of energy to cool the air, so many operators are using a more efficient liquid medium to cool the computer: fresh water. Like humans, server thirst can only be quenched with treated water, due to the corrosive effect of sediment on fragile electronics. Very few facilities recycle their water, consume millions of gallons every day to keep the cloud afloat. Others use chemistry for water treatment, they cycle through their facilities, dumping the resulting wastewater into local watersheds without knowing what impact it would have on the local ecosystem, as happened in Netherlands. In places like the American Southwest, which is currently experiencing a major drought due to climate change, data centers are flocking to the Arizona desert, attracted by tax breaks and business-friendly legislation and seemingly unfazed by the dire threat they pose to local people and ecosystems. There, data centers are consuming water to cool servers in stressed watersheds, while farmers are required to servings of water. Arizona, where I’ve spent six months researching data centers as an ethnologist, is no exception but part of the the broader trend of data centers take root near vulnerable river basin.

As part of my dissertation research on the ecological footprint of the cloud, I visited and worked inside data centers in Iceland and in the United States, New England, Arizona, and Puerto Rico. Working as a novice technician, I have helped decommissioning servers that have reached the end of their warranty life (average three years). I unplugged, unscrewed, and pulled the cart on a cart full of bulky servers, magnetizing their drives to safely erase their contents before stacking them in a dump. In the weeks before the waste removal subcontractor’s trucks arrived to haul them away, I watched my colleagues steal valuable chips or graphics cards from the shells of machines. This condemned nature, an underground rescue economy is certainly illegal but not penalized, given the fate of Waste of Power. The United Nation estimated that less than 20 percent E-waste is recycled every year. Millions of tons of expired electronics with toxic components are informally disposed of in computer graveyards in places like gana, Burundior Chinawhere rescuers (usually women and children) smelting them to get rare metals, poison watersheds, land and their own bodies in the process.

Pokémon Scarlet and Violet coming out this week, which version will you get? 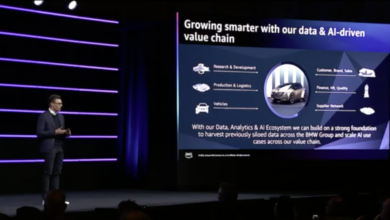 How the BMW Group has used AI for active use cases and to improve sustainability | AWS re:Invention 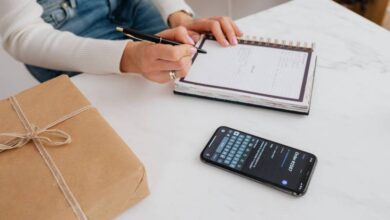 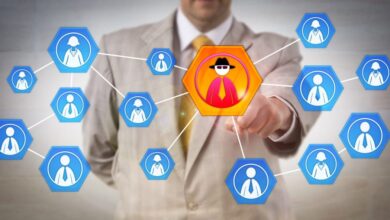 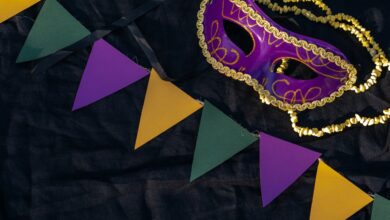 How Design Will Evolve in the Age of AI