This article is an on-site version of our Inside Politics newsletter. Register here to receive newsletters delivered straight to your inbox every day of the week.

Good morning. Rishi Sunak’s appointment of Suella Braverman continues to raise tough questions, polls continue to falter, and the new prime minister faces a series of difficult economic and political choices over how to address the Great Britain’s overlapping crisis. Some more thoughts on all of that in today’s note.

Inside Politics edited by Georgina Quach. Follow Stephen on Twitter @stephenkb and please send rumors, thoughts and feedback to insidepolitics@ft.com.

‘Leaky Sue’ finished talking to you

One of the reasons behind Rishi Sunak’s rise to number 10 is the fact that, 44 days after Liz Truss, the party’s left-wing MPs decided to enthusiastically support him, instead because they worry about the sizable gap between their politics. and Sunak’s.

Another reason is that Kemi Badenoch, the party’s de facto head of right to think, chose to throw her weight behind Sunak with tension. honest assessment of his strengths and Boris Johnson’s limitations in The Times. As a result, most of her former public supporters flocked behind him. (See the chart, as the great Martin Wolf said.) Another good chart is here by our data editor Martin Stabe:

The third reason is that, while Suella Braverman couldn’t bring most of her people with her, she did enough to drain any momentum from Johnson’s leadership efforts.

Note, however, that what remains Sunak’s greatest danger: a large group of pro-Johnson MPs on the party’s right wing, who ultimately refused to publicly declare their support for him.

For Sunak, that was reason enough to pay the cost of bringing Braverman – who had forced to quit work last week against allegations she shared confidential information via her personal cell phone – back to the cupboard on her chin. But it was accompanied by a considerable fallout already overshadowed yesterday’s series of government appointments, as Seb Payne emphasizes. Former Tory party chairman Sir Jake Berry accused her of “repeated violations” of the ministerial code and claimed she was nicknamed “Leaky Sue”. And, according to the statement in Harry Cole and James Heale’s forthcoming book on the rise and fall of Liz Truss, UnexpectedlyBraverman sensitive information about the market leaked during her first time as home secretary.

Labor also smells of blood: Sir Keir Starmer has made it clear to ordinary people that they should keep talking about the “terrible deal” between Sunak and Braverman. Wes Streeting, the shadow health secretary, has stated that the difference between Starmer and Sunak is that under Starmer Labour’s “cranks” were banished or left behind, while under Sunak they had a place sitting on the desk.

The good news for Sunak is that the first series of opinion polls after he was appointed prime minister has ended, and they show he is more popular than his party, with his rating is not far from Starmer. The bad news is, while he has overseen a statistically significant increase in his party’s poll ratings, they still look like this, latest from YouGov:

Given that on November 17th the government will come up with its debt management plan, I find it difficult to convince myself that Sunak will be in a better place politically by the end of next month than it is now. when October gets unreasonably warm. near the. In his awesome Free Lunch email (requires a paid subscription), Martin Sandbu lists a range of options the government can make to avoid painful spending cuts: a more relaxed debt target, a range of measures that actually favor growth, and then what he calls “Nike’s approach to the deficit”:

Just pay it. In other words, just raise taxes rather than cut spending further. If £35 billion is the amount it takes to bring debt-to-GDP down, that’s just over 1.5% of GDP. Settling for a steady rather than decreasing debt ratio will require less, perhaps 1%. Raising tax revenue by that much would simply lift the UK up to the OECD average, leaving it still below most other European countries. Politically difficult, perhaps, but economically doable.

“Just pay” was the approach that got Sunak into so much political trouble last fall: His budget, in which he chose to raise taxes and increase public spending, was part of the reason. why his first leadership attempt unraveled.

Now, Sunak and his prime minister, Jeremy Hunt, are making heated noises with Tory MPs over the sheer scale of the public financial loophole.Chris Giles and George Parker help you do it all). One reason for that is that they want to soften the blow as they choose to fill at least some of the holes through tax increases, not spending cuts. But it remains unclear whether Sunak’s irreconcilable opponents are willing to accept any kind of budget from our new prime minister. The fact that the new Conservative leader has yet to point to a change in the party’s fortunes could make it more difficult to convince his hardcore party to revert to tough measures in its budget. .

I have considered State of emergencyAdam Wagner’s excellent and important book talks about the legal underpinnings of the UK’s shutdown and the terrible human rights hangover it has left.

One of my favorite movies of 2022, excellent movie Let’s goavailable to watch at home via Curzon’s Home Cinema, on Apple TV and on the physical release. It tells the story of an Iranian family on a road trip and is told through their son’s point of view. I cannot recommend it highly enough.

However you’ve spent it, have a great weekend (why not start it off with News quiz on FirstFT?)

Swamp Notes – Expert insight into the intersection of money and power in US politics. Register here

UK after Brexit – Stay up to date with the latest developments as the UK economy adapts to life outside the EU. Register here 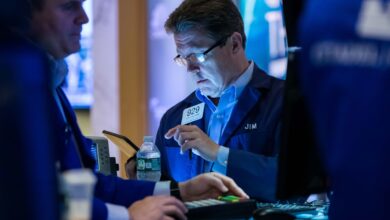 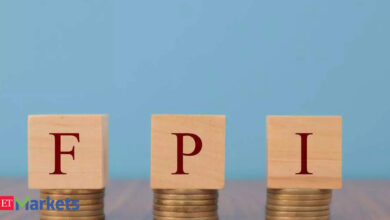 FPI: Any rally without net FPI inflows will not be able to sustain 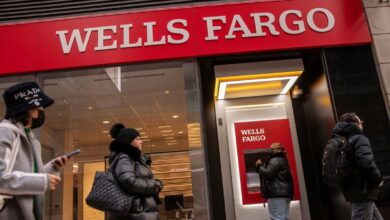 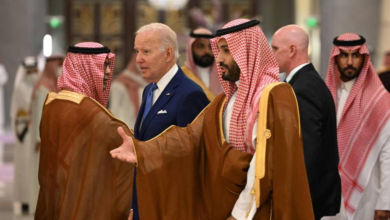