Seoul, South Korea — Officials say South Korea’s economy is recovering from the initial shock of a nationwide protest organized by thousands of truck drivers, even as their strike entered its 14th day on Wednesday. In the context of an impasse with the government on the issue of freight rates.

President Yoon Suk Yeol’s conservative government has taken aggressive steps to soften the impact of the strike, issuing controversial return-to-work orders to more than 2,000 truckers carrying cement in the country. Larger groups of truckers joined the strike. Officials have also mobilized about 200 military vehicles, including container trucks and fuel tankers, to ease delays in industrial shipments.

Yoon’s office warned of more drastic steps, such as extending the so-called “start work” order to other groups of truckers, including those transporting fuel and steel. , blamed the strikers for costing the economy more than 3.5 trillion won ($2.6 billion) in a moment of global uncertainty.

The impact of the strike has so far been mostly limited to domestic industries, such as construction, and there is no immediate sign of meaningful disruption in major export sectors such as Semiconductors.

According to data from the Ministry of Land, Infrastructure and Transport, container traffic at the country’s major ports has basically returned to normal and reached 126% of pre-strike levels during busy hours. Busier in the evening from 7pm to midnight Tuesday. Cement shipments also reached 88% of normal levels, helping to reduce disruptions at construction sites.

Government and police officials have sent teams across the country to check whether cement truckers are complying with return-to-work orders after receiving them in writing and confirming them. that so far at least 475 of them have returned to work, the ministry said.

Police are investigating a strike participant who allegedly attacked a non-union truck driver and threw eggs at his vehicle at a port in Busan city as they cracked down on threatening unionists. or upset colleagues who choose to work.

The strikers, represented by the Truckers Solidarity Union, are demanding that the government permanently adopt a minimum freight rate system that expires at the end of 2022, which they considered very important for financial safety and stability in the face of rising fuel costs and interest rates.

While minimum rates currently apply only to shipping containers and cement, strikers are also calling for the benefit to be extended to other types of cargo, including oil and chemical tankers, ships steel carriers and cars as well as cargo trucks.

Yoon’s government has offered to extend the current program for another three years but has so far rejected calls to extend the minimum price range. Truckers say the system is vital to their finances and personal safety, saying otherwise they will be forced to ramp up deliveries and drive faster to make ends meet.

South Korean labor groups have asked the International Labor Organization to consider whether a government order forcing cement truck drivers to return to their jobs violates their fundamental rights to collective action. can or not. The order was issued last Tuesday, marking the first time a South Korean government has exercised its controversial powers under a 2004 amended law to force truck drivers back to work.

Failure to comply without “good cause” is punishable by up to three years in prison or a maximum fine of 30 million won ($22,800), and critics say the law violates constitutional rights because obviously don’t state what would qualify. as acceptable conditions for a strike.

The Ministry of Employment and Labor has confirmed that the UN agency has sent a letter under the name of Corinne Vargha, director of international labor standards, asking the Korean government to clarify its position on the dispute.

At a regional ILO meeting in Singapore on Wednesday, South Korea’s Deputy Labor Minister Park Jong-Pill emphasized that the return to work order was an “inevitable” step, considering the impact. its impact on the national economy. He criticized workers for “holding the national economy and livelihood hostage” and said the strike was harming low-income people and small businesses the most. 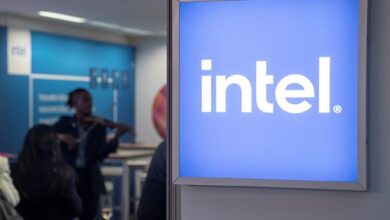 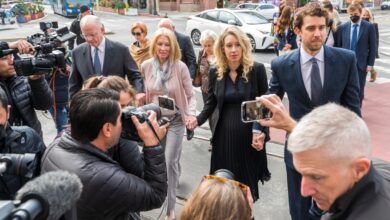 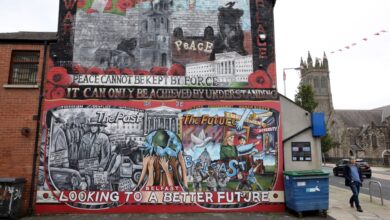 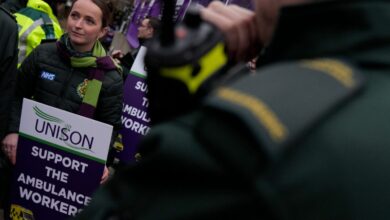