The Samsung Galaxy Z Flip3 has been my go-to phone for almost a year now, and let’s just say I have a love-hate relationship with it. After talking about the improvements I’d like to see for its successor, you bet the Samsung Galaxy Unpacked 2022 caught my attention.

If you were skeptical about the release of new foldable devices from the Korean company, this event pretty much confirmed it. Samsung’s new line of devices includes:

Samsung has confirmed that its flip phone has not entered the market correctly. Customers just aren’t willing to invest a hefty price tag for a top competitor under the segment that is also likely to be less durable.

So the tech giant made an upgrade to the Galaxy Z Flip4, especially in terms of its usability.

For example, you can now not only preview messages on the cover screen, but also quickly reply to them.

There will also be more widgets and quicker settings options for switching airplane, flashlight, and WiFi modes, in addition to adjusting the phone’s volume and brightness settings (a limitation of its predecessor). .

Another widget that allows you to add three favorite contacts to call without having to open your phone. SmartThings will also be an add-on, so you can control your connected home appliances directly from the cover screen.

When it comes to Quick Shot, users can now take a selfie in Portrait Mode and see a preview at the actual aspect ratio. Previously, you would shoot through the size of the cover screen, when the actual photo was at square size.

It looks like Samsung will allow users to record videos with the Z Flip4 via QuickShot.

In addition, there will be many cover screen clock designs and wallpapers in various formats such as images, GIFs and even videos.

The camera on the Z Flip3 has received some complaints for carrying sub-specs. Unfortunately, not much has changed with the Z Flip4’s 12MP wide and ultra-wide cameras, along with a 10MP selfie camera.

Don’t forget the battery. Samsung has increased the battery size of the Z Flip4 from 3,300mAh to 3,700mAh. Its display has also been enabled with an adaptive refresh rate of 1 to 120Hz, compared to the Z Flip3’s 10 to 120Hz.

Special color options for mixing and matching the top and bottom of the Z Flip4’s exterior will also be available at launch.

This customization came a bit late in the introduction of the Z Flip3, where users who purchased the device missed out on the personalization process.

Samsung is now moving its latest flagship cameras from the Galaxy S22 into the Z Fold4, which boasts a 12MP ultra-wide, 50MP wide and 10MP telephoto with 3x optical zoom, including Night Shot.

Another significant upgrade of the Z Fold4 will have to be that its taskbar will remain at the bottom of the screen even when apps are open.

Taskbar apps will be whatever you put them on your home screen, to make switching between pinned apps more convenient (like using a calculator).

Samsung has made a small upgrade in the size of the Z Fold4. It will have a screen that is 2.7mm wider and 3mm shorter in height, measuring 7.6 inches from edge to edge when unfolded.

As for how to use the S Pen for this tablet, not much has changed here. All functions will be transferred to the Z Fold4 and you can store the accessory in an additional phone case.

No changes have been made to the Z Fold4’s battery, which will remain at 4,400mAh.

They will come with more health and wellness features like improved sleep tracking. The upgrade will include analysis of sleep patterns and habits to provide one-on-one training programs, so you can get recommendations for a better night’s rest.

The Pro model will feature more specific outdoor fitness trackers, and it will come with a new “D-buckle” magnetic watch strap to securely fit the titanium watch body with the sapphire crystal. on your wrist.

Fans can also get excited about the new Galaxy Buds2 Pro with 360-degree surround sound capabilities. After testing the Buds2 (the brand’s lightest in-ear headphones), I have confidence in Samsung’s ability to bring another really good wireless headset to the market.

Buds2 Pro will feature intelligent automatic noise cancellation (ANC) with voice detection that will switch to ambient sounds when it determines that you are talking.

Absence: Activated! 30 Holiday Manicures to Make Your Next Vacation Safe 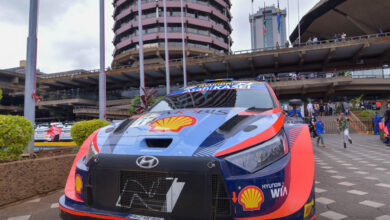 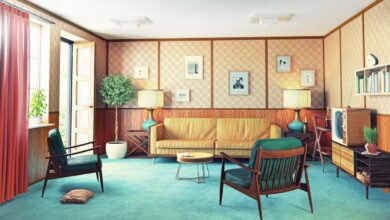 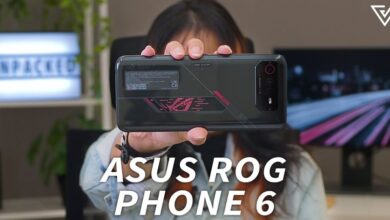