Moscow’s troops withdraw from the city of Kherson in southern Ukraine. (File)

Russian Defense Minister Sergei Shoigu on Wednesday ordered Moscow’s troops to withdraw from the southern Ukrainian city of Kherson, where Ukrainian forces have been advancing for weeks.

“Starting to withdraw,” Shoigu said during a televised meeting with Russia’s commander in Ukraine, Sergey Surovikin.

The commander suggested the “difficult decision” to withdraw from Kherson and set up defenses on the left bank of the Dnipro.

The city of Kherson was the first urban center captured by Russia during a “special military operation” and the only regional capital controlled by the Russians since the offensive began on February 24.

Ukrainian forces have for weeks captured villages on their way to the city near the Black Sea, and Kremlin-installed leaders in Kherson have been deporting civilians.

A Ukrainian victory in the Black Sea region would cut off the land bridge the Kremlin established from Russia to Crimea, the peninsula that Moscow annexed in 2014.

It would also give Ukraine vital access to the Sea of ​​Azov and leave Russian President Vladimir Putin with little exposure from a campaign that has made him a bad guy in the eyes of the West.

Surovikin told Shoigu on Wednesday that about 115,000 people have been displaced from the right bank of the Dnipro, including the city.

“We did everything we could to ensure their safety during the evacuation,” Surovikin said in a report broadcast on state-run Rossiya-24 TV channel.

Earlier, on Wednesday, officials said the deputy head of the Moscow-installed Kherson region, Kirill Stremousov, had died in a car crash.

Rajasthan teacher changes sex to get married: “Everything is fair in love” 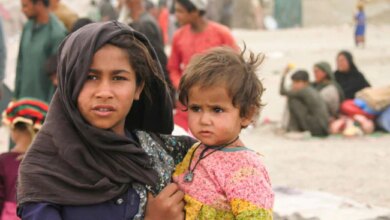 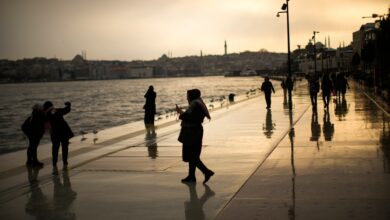 Türkiye: The country that criticizes the West for ‘harming’ the tourism industry

Israel moves ahead with plans for another settlement east of Jerusalem