Taika Waititi made Jojo Rabbit, a childish version of Hitler and the Nazis. The movie says all the right things but from an angle that even children can relate to. Here’s what he did with Thor: Love and Thunder. It’s a superhero movie where Thor’s biggest worry isn’t some supervillain but whether his adopted daughter eats the right breakfast and puts on the right shoes before going out. Every child has an imaginary friend, and for Thor (Chris Hemsworth), his imaginary friends are the hammer Mjolnir and the war ax Strombreaker. He talks to them and they respond, even getting jealous if he favors one over the other. Other changes Waititi has made is to turn New Asgard into an amusement park, possibly a sly dive at Disney. The Asgardians live in this idyllic setting, working as tour guides, hoteliers and tavern owners, wooing visitors with plays about Thor’s bravery (Matt Damon, Sam Neill and Luke Hemsworth in the films. excellent cameos as Loki, Odin, and Thor), enticing them with the real Asgardian grasslands, and sending them aboard the airship. The new king of Asgardia, Valkyrie (Tessa Thompson), has become an influencer and is busy endorsing everything from cereals to designer brands.

Then, the biggest change was turning Natalie Portman’s character into the mighty Thor. Mjolnir, broken into pieces by Hela, revives herself when she finds Jane Foster worthy and transforms her into another Thor. She doesn’t take herself seriously and is forever looking for a catchphrase to announce her entry into battle. And she is also dying of cancer. Once again, Waitity touches on Fascism and Massacre in Jojo Rabbit, and here too, he doesn’t shy away from putting cancer in a movie aimed at children, believing in the fact that they more mature than adults make them do. are dealing with such topics. It’s great to see Chris Hemsworth and Natalie Portman back together on screen. They have their ups and downs, just like any normal couple, but also face crises together. There’s an air of tragedy behind their jokes, and that pulls you in emotionally. Thankfully, the producers didn’t find a magical cure for her, which is a relief.

The film’s main conceit is the tragedy that turns Gorr (Christian Bale) into a butcher. He is in pain because his young daughter was killed. He blamed the gods for it and vowed to kill them all. Waitity has shown the gods to be beings of great power who no longer care about humans and are only interested in living a hedonistic life. Zeus (Russel Crowe) becomes a sassy teenager, more interested in achieving orgasm than saving the world.

The director can’t seem to decide on how he wants to portray Gorr. He started out as a superman and later became a grieving father. In fact, the film lacks a convincing villain. We don’t even see him fight other gods to know if he’s good or bad as a warrior. He has command of the dark creatures, but even the children of Asgardia can fight and drive them away. Perhaps the darkness inside Gorr was turned off because the target audience was children, but doing so robbed the film’s bite. The movie completely deviates from Marvel’s rules. There is no sense of danger, no built-up atmosphere. Thor seems to have a strange all-around attitude towards the fate of the Asgaridian children kidnapped by Gorr. There was no sense of urgency towards rescuing them. Guardians of The Galaxy, his main allies, whom we see fighting with him earlier in the movie, don’t even participate in the final rescue. Every situation is summed up in a witty story. Yes, you’ll laugh for sure, but you miss out on the attractions that appear in other Marvel movies.

Perhaps this shift in direction is Waititi’s way of keeping Marvel that they’ve taken themselves too seriously and it’s time to do something new. That’s what Sam Raimi did when he turned Doctor Strange in the Multiverse of Madness into a horror movie. Here, Taika Waititi turned Thor: Love and Thunder into a witty comedy. All you need is love, is the message of the movie. It comes with a lot of CGI fight scenes, no doubt, but all said and done, it’s a love story through and through. And it’s a Taika Waititi movie, not a Marvel product. It’s great to see that Marvel is giving such freedom to their directors. That certainly means they are ready for some radical changes in the near term.

Summary: Before saving the world from Gorr the God Butcher (Christian Bale), Thor (Chris Hemsworth) returns to his form having been attracted to his ex-girlfriend Jane Foster (Natalie Portman) and caught between the old hammer Mjolnir and the hammer Stormbreaker current ax. Keeping him company are also two giant screaming goats.

Review: More thunder rumbles in the recent season of ‘Stranger Things’ than what happens in this romantic comedy which leaves half to ask a poignant question – Can God let you down? You are always on your own and is love the only savior?

Taika Waititi’s mind is a fascinating place to stay. Only he can take you through Father Thor’s sad journey. Only he can pit two Aussies, Russell Crowe in a white mini dress against topless Hemsworth and only he can make you giggle with his satire of Thor. As a filmmaker, he skillfully uses humor to tackle the harshest realities of life and death. One character is battling stage 4 cancer here that believes in miracles and their carrier nature, as another character confronts the almighty. This is a popcorn entertainer with a touch of emotion.

Waititi’s attempt to expand on Thor’s wacky and humorous side, also seen in Ragnarok, is refreshing. Though this time he pushed the envelope a little too far. His fluid romcom is hilarious but also impressive in terms of scale and action for a Marvel movie. The stunts and sharp humor keep you entertained, but you’ll miss the larger-than-life, terrifying superhero appeal of the Asgardian Avenger. Everything feels too simple and is cut short to make the story faster. Scenes always look jerky. The loose construction also doesn’t elicit the emotional investment expected in a story like this.

Chris Hemsworth as Thor, the God of Thunder is perhaps the ultimate Marvel Phase 1 superhero who continues to reign in Phase 4, and Waititi’s fun-loving soul can bow to that. However, Phase 4 seems a bit out of place at the moment with the directors trying to steer the franchise in different directions. ‘Doctor Strange in the Multiverse of Madness’ is a horror movie and ‘Love and Thunder’ is a generic romance movie. While Natalie Portman shines in her lead role and has been given her own feminist quote by word of mouth, “Don’t call me ‘lady Thor, the name is mighty Thor'”, the one you feel most in love with is Christian. Bale. His villain ‘Gorr’ is too conflicted and muddled to seem like a formidable foe. The thinly sketched character doesn’t require someone as talented as Bale. And even if there’s no real competition in the game, two screaming goats snatch Thor’s thunder, I kid you not.

Cameron Diaz 2021: What happened to the There Something About Mary actress and why did she quit acting? | Explainer 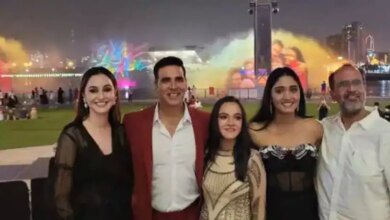 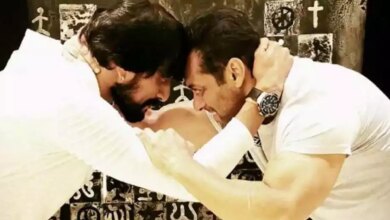 The end of the Obi-Wan Kenobi series brings the return of beloved characters, plus Season 2 speculation: review