My introduction to smartwatches was earlier this year with the Huawei Watch GT 3 Pro Ceramic. With a beautiful white ceramic strap, that watch certainly has a more elegant and eye-catching look.

On the other hand, the Samsung Galaxy Watch5 Pro (specifically at the wrist), will be on the opposite end of the spectrum in the best possible way.

Available in a sleek jet black color, this rugged timepiece is packed with advanced fitness and health tracking services that appeal to those with an active lifestyle.

While I’m not really into that kind of lifestyle, this watch is certainly not useless for someone like me, as it also offers quite a few features for non-fitness enthusiasts.

After a week of use, here’s what I think of the Galaxy Watch5 Pro.

Not as seamless as I wanted

Perhaps exacerbated by the fact that I’m not a Samsung user, I find using the watch a bit… inconvenient, to say the least.

I was so frustrated that I had to switch between the Galaxy Wearable app and the Samsung Health app. I wish there was only one compositing app for more seamlessness. It would be great if some Health features (maybe just the main ones) could also be highlighted on the Wearable app.

Speaking of seamlessness, or lack thereof, I’m also disappointed that I can’t seem to set my Google Maps destination directly through the watch.

As a public transport user, I have to walk from place to place, so being able to see my route on my wrist would be pretty neat. To do this, however, I will have to take out my phone and set the destination there before it can pop up on the watch.

In addition to Google Maps, there is also a “Routing” feature on the Galaxy Watch5 Pro that allows users to access turn-by-turn navigation. To do this you will need a GPX file that gives the meter the route you have drawn.

To create a GPX file, however, you need a third-party app, as you can’t actually do so using the Samsung Health App or the Galaxy Wearable App.

Although this Routing functionality is not what I personally need, I am sure that those who enjoy cycling or hiking will appreciate it if Samsung implements the GPX file generation function on the app. their.

With a 590mAh battery, the Galaxy Watch5 Pro boasts a longer battery life than other smartwatches, including its own non-Pro counterpart (Galaxy Watch5).

In my previous Watch5 Pro article, I was surprised by this. However, after a few days of using the watch, I realized that while the battery life was commendable, using apps like Maps still drained the battery very quickly.

I found that the entire battery drained to 22% after two days of moderate use. It’s still enough to allow me to navigate short distances, but those planning to take it with them on a camping or hiking trip for more than a few days may find this problematic.

However, it’s the biggest battery from a Samsung smartwatch, so maybe I was too greedy.

But I do know that some of the dedicated sports or tracking smartwatches out there like the Garmin Forerunner Series have a much better battery life than this one, boasting up to 49 hours with GPS-only and 15 hours in GPS-only mode. date for smart watch mode.

However, it is still unclear what the exact battery size of Garmin Forerunner Series watches is, plus they have the advantage of solar charging to keep your watch full of energy.

In any case, the Galaxy Watch5 has a power saving mode that you can turn on if you find it difficult.

Alternatively, you can also switch to “Watch Only” mode, allowing users to use more battery. Selecting this feature turns off everything except the watch face when you press the Home key.

Aside from some of the niggles I mentioned, the Watch5 Pro is indeed a very capable all-rounder.

As far as I can tell, fitness tracking is pretty accurate. During my morning walk, I noticed that the watch automatically started tracking and ended when I stopped.

Sleep tracking also works well, with the comfortable nature of the watch being a big bonus, especially since I’m not used to sleeping with a strap around my wrist. On average, I get a sleep score of 68, I would be happy – it’s a pass anyway.

According to ISO standard 22810: 2010, Galaxy Watch Pro is water resistant to a depth of 50 meters. There is also a water lock feature that should be turned on when you go swimming or diving for better watch preservation.

Charging speed is also quite good, although I found charging quite difficult. I can’t let the watch lie flat, unless I put it face down, which makes me cringe a little at the thought of the beautiful glass getting scratched.

Those who have joined the Samsung ecosystem and are looking for a smartwatch to add to the aforementioned ecosystem can certainly benefit from the Galaxy Watch5 Pro.

At RM1,899, this watch costs RM800 more than its non-Pro counterpart, the Galaxy Watch5. But with a more substantial battery and more durability in terms of its titanium construction, I believe the Pro version is a good choice for those with a more adventurous lifestyle or perhaps want to give it a try.

In short, the Galaxy Watch5 Pro is a device that can take away pretty much anything you throw at it, but not to the extreme and not for too long of course.

While I still haven’t fully explored what the Watch5 Pro can do for me in the fitness arena, I’m definitely happy to give it a try. BRB, am planning an outing to wear this watch so I can write more about it.

VP Verdict is a series where we try and test products, services, fashions and apps ourselves. Want to suggest something else for us to try? Leave a comment here or send a suggestion to our Facebook page. 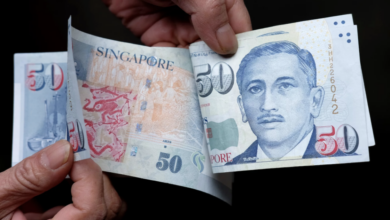 About 1.5 million S’pores will receive up to S$300 cash in August 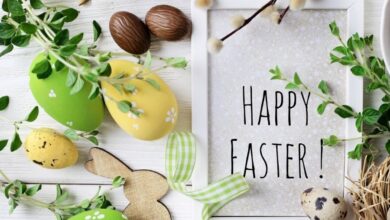 Buying Guide for Easter Hamper for 2022 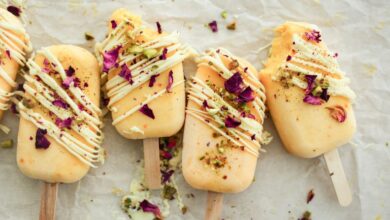 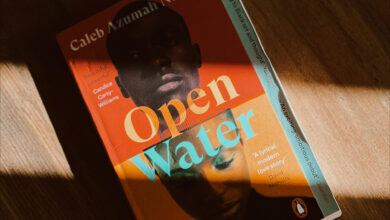 “It’s one thing to be considered and another to be seen.” Caleb Azumah Nelson’s Open Water Review