Essentially a protracted series of tactical battles, the Diofield Chronicle’s design falls into an early routine from which it reluctantly deviates, while its fantasy world takes on the politics of war defense of Game of Thrones with a focus on moving pieces at the expense of believable character development. Rapid strides are seen in its war, and sometimes voices dare to question a kingdom ruled by divine power, but both efforts are ultimately futile, crushed. crushed by a tired and restless war machine.

As the name suggests, Diofield is in itself a holy land – God’s country – where hereditary monarchy is guaranteed by each new ruler displaying the Mark of Beatitude, a birthmark that looks like a gem circuit. However, a weak king and the murder of his heir have caused a succession crisis, with factions forming around several candidates while neighboring empires keep an eye on the odds. associations expand their borders. Troops marching across the map straight out of Game of Thrones open credits while commanders wage a sober debate about their next power play. Looks like these are serious people making serious decisions. Everyone involved spoke as if clenching their jaws, and with a hint of eerie emotion, a vocal performance perhaps meant to indicate the gravity of the situation but tended instead to suggest that people are a bit bored.

Your perspective on events is through the eyes of Andrias Rhondarson, a childhood friend and servant of the murdered heir, now an adult and leader of a group of mercenaries with the use of a king. crown. Andrias makes for a dull lead role, as he doesn’t want to reveal his inner thoughts, while the deliberative, often humorous conversations he has with the rest of the cast don’t help you. feel good with his situation, or whoever feels that matter. In fairly typical JPRG style, some of the core cast looks 18 a day older and still performs, whether debating strategy around the table or contemplating the final mission, with the world fatigue of a pragmatic veteran general. It’s something that takes a lot of work and is mainly meant to highlight the need for a faster method to skip scene by scene.

Between missions, you explore the sparsely decorated grounds that serve as corporate headquarters, collecting new quests, procuring weapons and consumables, as well as upgrading your abilities. the group. Helpfully, the map shows where quests can be collected and chats can be held, as well as whether merchants or research stations have new items available and you can move fast between locations in seconds. As you recruit new party members, this central area gradually becomes more populated over time, but despite the presence of side quests to unlock additional features and a new area, it doesn’t feel like home. Little more than a collection of often empty, bland rooms, the HQ is essentially a glorified menu. Returning to the center must be accompanied by a sense of wonder at what could have changed or developed; instead, it’s like a grueling doom where you’ll have to jump between hotspots while clicking through a series of boring dialogues.

Battles take place in real-time with the action automatically pausing when you order a move or command to use a skill. This can give the proceedings a jarring start, but it does allow time to think through each step and, importantly, make small adjustments – say, ask the character to step forward. side to avoid an impending attack.

The battle looks interesting at first but doesn’t develop, it seems the content will go on the same ground from start to finish

The fight seems interesting at first but without development, it seems that the content will go on the same ground from start to finish. Surprise was limited to another wave of enemies and not any attempt to chart new territory. Enemies come in two types – ranged and melee – with variations reduced to stronger versions and some slightly different attacks. Your party members have four classes: soldier (defensive tank), cavalry (mobile damage), sharp hunter (ranged damage), and mage (heal and buff with some damage) long-range injury). These characters require reasonably different tactics to maximize their potential. You don’t just tell people to attack that enemy and sit back; it’s important that you tell your soldier to hit the enemy and get the ambush attack bonus, or let your soldier incite specific enemies to attack her, or instruct the mage Cast your Sanctuary on the ground your soldier is holding, or fire your marksman to deliver a stun to interrupt an enemy preparing a special attack.

But as you go deeper, the combat challenge doesn’t escalate in interesting ways. Sure enough, there were a few more enemies to face at the same time. Sure, they have a few more tricks up their sleeve than basic attacks. And sure enough, there’s a quirky boss with lots of health bars. But there aren’t many enemies left, those extra tricks aren’t all new, and those bosses just take longer to kill than require a novel approach. For most of the second half of the game, I tackled every skirmish the same way, sticking with the same core team and only making minor tweaks when necessary. No need to change as quests don’t present me with any new challenges. Climbing encounters are handled in exactly the same fashion in a way that initially feels gratifying, as if I’ve solved the game’s combat problem, before boredom sets in when there’s none. any friction to stop my progress to the end.

In the field, Andrias can be the team leader, but you can choose any character to form a party of four. Smart, you’re not limited to your four options once the battle is on. During the setup phase, you assign a support character to each main party member, enhancing their performance with a passive stat bonus and allowing them to activate the secondary character’s special abilities. two. You can even swap out a character – main or support – in the middle of a skirmish, a useful clutch move if someone’s health is dangerously low or the situation calls for a dedicated skill. others.

With dozens of characters vying for battle time (I’ve picked 14 in my playthrough, though there may be more), it’s just a smart way to make sure everyone all participate. There’s still a tendency to stick with your favorites of course, especially since the main side gets more XP, but it does ease the burden of grinding missions (you can replay any mission upon completion to mark the side objective and earn gold and XP) to allow lower level characters to catch up.

Rude map design exacerbates the problem. Terrain type isn’t a factor, though quests take place in cities, farmland, snowfields, deserts, and swamps. Water or mud on the ground means nothing. You can shoot a ranged weapon through or over any obstacle. High ground is no advantage. Everything is so flattened that battle arenas can also be empty spaces. Perhaps this wouldn’t be such an issue if the mission objective required more exciting actions, but they almost without exception task you with killing all enemies. Sometimes you have to activate a bridge to reach the next batch of enemies, sometimes there is an NPC escort on the map and you have to kill all enemies as you go, and very rarely you have to defend one. score while killing all enemies.

Even as the story introduces elements that potentially offer compelling alternative paths, the mission format remains unchanged. A nascent pro-democracy movement, born of angry commoners, is quickly described as a group of thugs and brutally annihilated with your iron fist on the king’s orders. Imperial soldiers, demihuman monsters, walking dead, a group of angry peasants; they’re all handled the same way: Deploy mortal wounds and slaughter anything that moves. Too many near-identical fights make for a tedious tagline, and the long-winded late-game story of ending credits only adds to the fatigue.

The Diofield Chronicle probably wanted to explore ideas around how power was accumulated and how legitimacy was given to stories of warlords and theocracy. But it never really sticks with them. The characters defended around such matters, expressing tentative doubts about the magnanimity of their mission before continuing in defiance. Similarly, in short conversations, it points to the possibility that there are other ways to structure society, but never really entertain them. With Andrias and his company of mercenaries, the hammer treats every problem like a nail, creating an unsatisfying narrative. However, when you’re deploying the same tactic on where possible as well as on the same battlefield against pretty much the same enemy for the eleventh time, it’s an effective metaphor for the game design that preserves the game. crafty and lack of creativity.

Too much data, too little understanding 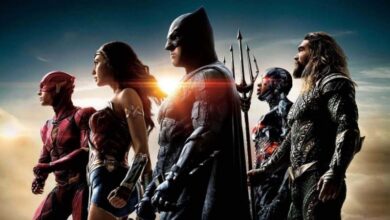 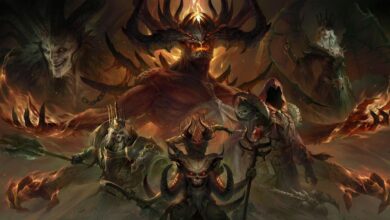 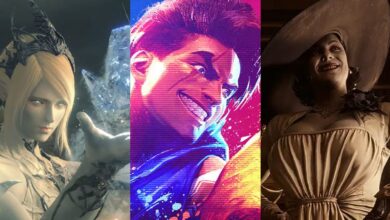