He may languish in low sixth in the line of succession, but all eyes are on Prince Harry this afternoon when he and his brother William came together to lead a vigil by the queen’s eight grandchildren at her coffin on Saturday afternoon.

The gesture represents a gender-blind update on the so-called “Wake of the Princes” established after the death of George VI, and is the palace’s latest resolute attempt to show unity. bond between brothers.

In what has been widely understood as an attempt to show that Harry was not mistreated by the Crown, he allowed to wear his uniform despite being no longer an active member of the services.

Initially Harry was told that he would not be allowed to wear the uniform to any honor events around his grandmother’s death however, the rules were revised on Friday to allow him to wear a uniform to mass. He is expected to wear a morning suit to the queen’s state funeral on Monday.

Legally in the UK, only members of the active duty force are allowed to wear uniforms, however an exemption may be granted.

However, the palace was adamant not to suggest that Harry be adopted, who ultimately issued a statement seemingly accepting that fact grudgingly and drawing a line below it. It said: “Prince Harry will wear a morning suit during events honoring his grandmother. His decade of service in the military was not determined by the uniform he wore and we respectfully ask that the focus be on the life and legacy of Queen Elizabeth II.”

There are bound to be questions about why Harry, who has served active duty in Afghanistan, was unable to wear his uniform on Monday.

Harry and William were joined by six other grandchildren of the queen; Andrew’s children are Beatrice and Eugenie, Anne’s children are Zara and Peter, and Edward’s children, Lady Louise and Viscount James.

In somewhat surreal scenes, the public, many of whom expressed disappointment after waiting in line for up to 15 hours to see the coffin and pay their respects, continued to pass while their grandchildren The vigil lasted 15 minutes.

He and William stood at opposite ends of the coffin facing outwards. None of the children made eye contact with anyone else during the ceremony or in and out of Westminster Hall.

Royal biographer and writer Christopher Andersen told The Daily Beast: “Harry admits it as he walks behind his mother’s coffin – through a ‘tunnel of grief’ as Early Spencer calls it – he wonders why people cry in the street when they’re not even Don’t know Diana. In the past, Harry has also said that just being in London will ‘trigger’, so in a sense he will suffer from PTSD symptoms for the next few days. It will be more difficult for William and Harry than anyone can imagine, because, to a certain extent, they will relive their mother’s tragic death and its aftermath. “

Beatrice and Eugenie released a statement just before the ceremony began in the form of an address to their ‘Grandma’.

“You are our matriarch, our guide, our loving hand on our back leading us through this world. You taught us so much and we will cherish those lessons and memories forever. And now dear grandma, all we want to say is thank you. Thank you for making us laugh, including us, for picking heather and raspberries, for marching soldiers, for our tea, for comfort, for joy. You, as you, will never know the impact you have had on our family and so many people around the world. “

Analyst 'wouldn't be surprised if Mayfield re-signed with Panthers 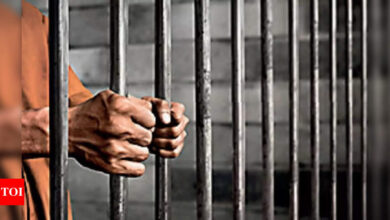 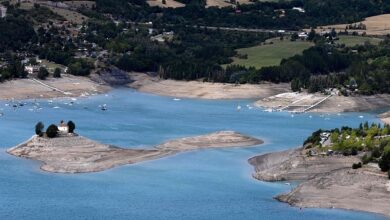 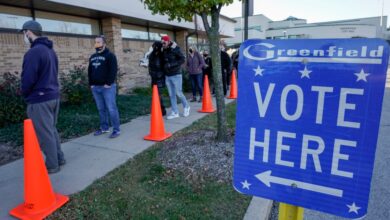 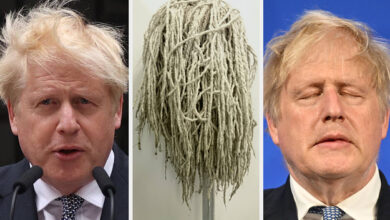