The Polish government convened an emergency security meeting on Tuesday night after it was reported that two people were killed in a rocket attack in the Polish countryside near Ukraine.

Polish media said two people died near Przewodów, a village near the border with Ukraine. Photos posted on social media show a damaged agricultural vehicle lying on its side next to a large crater. Local media reported that the casualties were farm workers.

The government did not comment on the cause of the incident, saying only that an emergency security meeting had been convened in response to a “crisis situation”.

A Polish intelligence official told the Financial Times that investigators were looking into whether it could have been a Russian missile. If confirmed, it would be the first time a NATO country has been hit by a missile since Russia launched an all-out invasion of Ukraine on February 24. NATO members could invoke Article 5 of the treaty. transatlantic convention for mutual defense.

The Russian Defense Ministry said the statements were a “deliberate provocation with the goal of escalating the situation”.

“None of the attacks on targets near the Ukraine-Poland national border were carried out with Russian weapons,” the ministry said in a statement. It said the footage of shrapnel found at the site of the explosion “has nothing to do with Russian weapons”.

Brigadier General Patrick Ryder, a Pentagon spokesman, said the US was “aware of media reports alleging that two Russian missiles had struck a site inside Poland near the Ukrainian border” and was watching. consider them “seriously”. But Ryder said at this stage the US does not have the information to “corroborate those reports”.

Adrienne Watson, a spokesman for the White House National Security Council, said US national security adviser Jake Sullivan had spoken with his Polish counterpart. “We have seen the reports from Poland and are working with the Polish government to gather more information. We cannot confirm the reports or any details at this time. We will determine what happened and what the appropriate next steps will be.”

The White House said US President Joe Biden had been “briefly briefed on the reports from Poland” and had spoken with Polish President Andrzej Duda.

“The two leaders said they and their teams should stay in close communication to determine appropriate next steps as the investigation proceeds,” the White House said.

Reports from the Polish border to Russia launch a salvo of rockets into Ukrainian cities, damaging energy infrastructure as well as civilian buildings.

He also spoke to Duda, in a tweet then blamed Russia and said: “We have exchanged available information and are clarifying all the facts. Ukraine, Poland, the whole of Europe and the world must be completely protected from Russian terrorism.”

Ukraine’s Foreign Minister Dmytro Kuleba called for a “collective response” to Russia’s missile attacks, including a NATO summit with Ukraine’s participation to generate further joint action, including the delivery of fighter aircraft.

Oleksiy Reznikov, the country’s defense minister, said that “defeated on the battlefield, Russia is trying to cause a humanitarian crisis in Ukraine”.

“As winter approaches, the enemy is attacking energy infrastructure throughout Ukraine. Their goal is to create a new wave of millions of refugees,” Reznikov wrote in a series of Twitter posts.

He also called on the West to provide more air defense systems to protect the country from weeks of Russian air strikes.

Czech Prime Minister Petr Fiala said: “If Poland confirms that missiles have also hit its territory, it will be another escalation on the part of Russia. We stand firmly behind our allies in the EU and Nato.”

Latvian Foreign Minister Edgars Rinkēvičs: “Russia’s missile attack on the territory of a NATO member is a very dangerous escalation by the Kremlin.” tweeted. “Latvia expresses its full solidarity with our ally Poland and will support any action that Poland deems appropriate. Russia will take full responsibility for all consequences.”

“We are reviewing these reports and working closely with our ally Poland,” said a NATO official.

Two NATO officials told the FT that the situation had raised concern within the alliance but not panic. Warsaw was likely the first to trigger Article 4 of the treaty, regarding discussions of a potential threat to a coalition member, before Article 5.

Jens Stoltenberg, NATO secretary general, said on Twitter that he had spoken with President Duda. “I offer my condolences for the loss of life. Nato is monitoring the situation and the Allies are consulting closely. It is important that all the facts are set.”

In another sign of the potential for conflict to spread, Moldova on Tuesday reported that it lost power following a missile attack in Ukraine, as a power line connecting the two countries was automatically shut down. interrupt.

Review a little on the left (eShop Conversion) 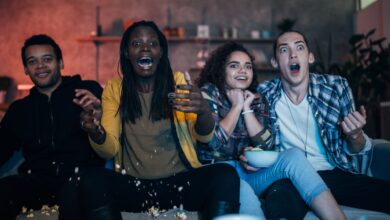 8 new movies and shows on Netflix, HBO and more this October 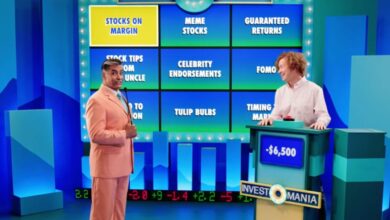 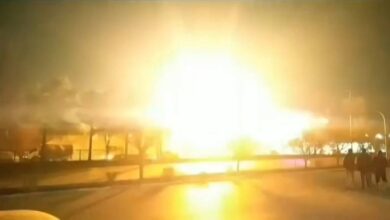 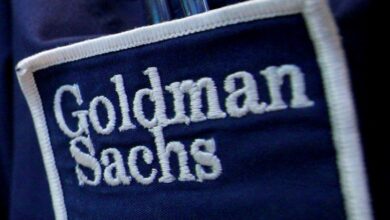