General Syed Asim Munir, who took office in November, followed in his predecessors’ footsteps by visiting Saudi Arabia – a close economic and defense ally – on his first overseas trip. He will also visit the United Arab Emirates during his nearly week-long tour.

“COAS will meet senior leaders of both brotherly countries to discuss issues of mutual concern, military-to-military cooperation and bilateral relations focusing on security-related topics, Inter-Services Public Relations (ISPR), the media wing of the military, said in a statement on Wednesday.

Prince Khalid bin Salman wrote on Twitter: “We emphasized the strategic partnership between our brother nations, reviewed the bilateral defense and military ties, and discussed the how to strengthen our cooperation”.

General Munir’s current visit comes at a time when Pakistan is facing a severe economic crisis as its foreign exchange reserves have been depleted to less than $6 billion – the lowest level since April 2014 – just enough to cover one month of imports. Inflation skyrocketed while the country was also dealing with the aftermath of last year’s catastrophic flooding that resulted in an estimated $30 billion in damage.

Earlier this week, Pakistan’s finance minister Ishaq Dar in a press conference expressed hope that Saudi Arabia will put deposits in the central bank to provide some relief to the economy.

Islamabad needs Saudi money to reserve foreign exchange and ensure a safety valve from default. Riyadh sent $3 billion in November 2021, under the tenure of former Prime Minister Imran Khan. Last month, the kingdom expanded the terms of the fund.

Since taking office in April, Prime Minister Shehbaz Sharif has traveled to several Gulf countries to seek economic aid and investment. According to official data from April to November last year, Saudi Arabia gave more than $900 million and $500 million in aid for oil imports. Cata promise invest 3 billion dollars during Sharif’s trip to Doha in August.

Islamabad-based analyst Mohammed Faisal believes General Munir’s visit must be viewed from the lens of the economy as it comes at a time of “especially vulnerable financial situations”.

“Pakistan’s leadership is looking to the Saudi royal family to shore up dwindling foreign exchange reserves to prevent default. For Islamabad, an important outcome of the trip will be the announcement of Saudi financial support,” he told Al Jazeera.

Pakistan managed to secure a loan from the International Monetary Fund (IMF) worth $1.17 billion in August. But the next tranche of the $1.18 billion loan has been delayed. Islamabad is still negotiating with the IMF for the next round.

In September, Pakistan’s finance minister resigned while the government appeared unwilling to accept the IMF’s conditions, including an increase in fuel taxes.

Pakistan is on the verge of default, which simply means the country cannot pay back what it owes and the treasury does not have enough funds to meet its debt obligations. Experts have feared Pakistan will fall into a default like Sri Lanka and this can only be prevented by handling the economy skillfully.

From the Saudi point of view, Faisal said, the Gulf state wants to maintain its relationship with Pakistan because it is a key element of Saudi Arabia’s regional strategy.

Faisal told Al Jazeera: “Saudi Arabia knows that Pakistan, a Muslim-majority country, supports Saudi Arabia’s claim to be the guardian of two of Islam’s holiest sites. in Mecca and Medina.

With ties between the two countries dating back more than 50 years, this is not the first time a Pakistani leader, civilian or military, has chosen the kingdom as his first destination after taking power. permission.

Both current Prime Minister Sharif and his predecessor Khan traveled to Saudi Arabia for their first visits in 2018 and 2022 respectively.

Sharif, after his retirement in November 2016, later became the commander-in-chief of the Saudi-led Islamic Military Counterterrorism Coalition, a 41-nation coalition of Muslim nations. in Riyadh.

Pakistan’s former special envoy to Saudi Arabia Shahid M Amin said that the relationship between the two nations is historical in nature and that although Pakistan often needs economic assistance, it has also provided security assistance to Saudi Arabia. .

“The two countries have been involved in various fields such as economy, labor, trade, security and the current military commander’s arrival in Saudi Arabia, it’s just a continuation of a pattern.”

Amin told Al Jazeera that Pakistani manpower has been the main driver of Saudi development for more than five decades. Amin said Pakistan has also pledged to defend the kingdom in case of any security concerns.

A retired senior military officer, Omar Mahmood Hayat, agrees with Amin’s view and says the relationship has been tested over time.

“One of our oldest and largest bilateral military exercises is with Saudi Arabia. “We have a very strong training team that has been deployed in Saudi Arabia for decades,” he said.

General Munir himself served in Saudi Arabia within the framework of Pakistan’s military’s close defense cooperation with the kingdom.

Hayat added that with the Kingdom itself being a very strong member of various international forums, it also helps to reflect Pakistan’s views.

He said: “It makes sense that this will be the first visit as always.

An SEC football coach gets a big pay rise 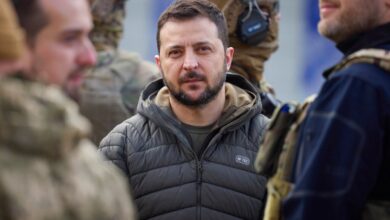 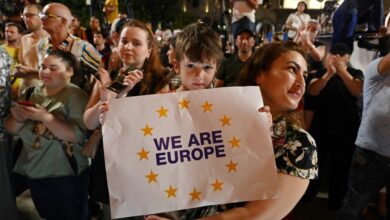 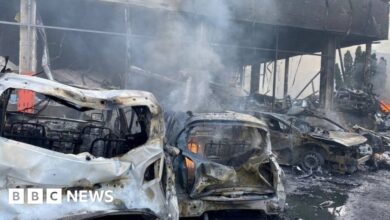 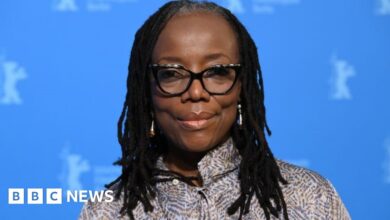