End-to-end encrypted email provider Tutanota finally received a fix last month from Microsoft for a subscription issue that was affecting users trying to sign up for the tech giant’s cloud-based collaboration platform, Teams, by location just email Tutanota – but only after complaining about the issue publicly.

In one blog post Confirming the solution yesterday, Tutanota writes that Microsoft contacted it “within a week” after media outlets like this one raised the issue with Microsoft. It has been complaining about this issue through official Microsoft support channels since January 2021 – without any resolution. But after public comment, the issue was quickly rectified last month. Like it!

While (ultimately) a happy ending for Tutanota, co-founder Matthias Pfau makes the striking point that the situation is still completely unsatisfactory for SMEs faced with the Market corn of powerful platforms – preferably – not interested in competition quickly attend to access issues and other issues affecting smaller businesses that need fair communication with the platform their platform to ensure they can serve their own customers appropriately.

“While the issue was resolved fairly quickly by Microsoft after the right person contacted us following media attention, we still believe this example shows why we need regulations. better antitrust. It’s not fair that a Big Tech company could ignore a small company’s request to fix an issue affecting their users for months and only care about fixing the problem after bad publicity for this,” he wrote.

“After all, not every small company has the option of going public, maybe because the media will decide their issue isn’t worth talking about or they simply don’t have a traditional relationship. setup and difficult to reach the right people.

“While we are happy that this particular issue is now fixed for all Tutanota users, we still believe that there must be a better way for companies to contact Big Tech and request solutions. a fix from them – a way in which they can’t simply respond to a request with “Sorry, it’s not possible for us to fix the problem you’re having.”

Platform equity is an issue the European Commission has considered in recent years – but it does not appear to be flexible enough to ensure all SMEs are being treated well by the giants. giant cloud.

Tutanota is not alone in having problems with Microsoft’s support response to its complaint. Another SME, browser maker Vivaldi, got in touch following our report on the Tutanota issue – saying users of the company’s online email service reported a similar issue on Azure, another Microsoft cloud computing platform. It tells us that users VivaldiThe .net email service has been made available – “and accessible to” – other vivaldi.net user’s Azure account. Doesn’t sound optimal.

“The reason is vivaldi.net is treated as a corporate domain, not an email provider domain. Microsoft declined to fix the problem, claiming it was by design,” a company spokesperson explained last month, adding: “We’ve had similar reports about other services as well. “.

It added: “It is frustrating that in 2022, Microsoft continues to engage in blatant anticompetitive practices.

After TechCrunch brought Vivaldi’s complaint to Microsoft, SME got back to us to say – what a surprise! – it suddenly received renewed attention from the cloud giant to its complaint… “We will have a meeting with them this week. So they woke up after two years. Let’s see what creates this,” its spokesperson told us a few weeks ago.

We’ve been watching this month to see if Vivaldi has a solution as well – but at the time of writing, we’re still waiting for a response.

We have also requested an update from Microsoft but have yet to receive a response. But the tech giant has previously told us: “We’re in contact with Vivaldi.net to review their data concerns and will take action as necessary to ensure that customer data is properly handled and any issues are appropriately addressed. “

One thing is clear: These two complaints are just the tip of the iceberg. (Just the social media chatter around our Tutanota report included a complaint about IBM Cloud – and again that Microsoft also blocks self-hosted emails from its virtual private servers “without any explanation, so you can also conveniently get email addresses from them”, with the complainant alleging activity Their business is “always forced to dominate” – e.g. 🙂

Much less clear is whether current (and upcoming) EU regulations are up to the task of protecting SMEs from the power of the cloud giants when at all. interested in solving foundational problems affecting smaller competitors.

Back in 2019, the European Union has agreed to a regulation that the bloc’s lawmakers claim is pioneering in the field – aimed at tackling unfair platform business practices, with the Commission saying it wants to abolish through “some of the most unfair practices” and set a benchmark for transparency. The regulation, which went into effect just over two years ago, includes a requirement that platforms establish new avenues for dispute resolution by requiring them to have an internal complaints-handling system to assist users. business use.

However, the EU’s platform-to-business (P2B) transaction regulation, is targeted at so-called “intermediary services” provides services to business users to help them reach consumers, focusing heavily on e-commerce platforms, search engines, app stores and rental websites, etc. refers to cloud computing). So it’s not clear whether services like Microsoft Teams and Azure are intended to be in the scope – although “online intermediaries” itself is a broad concept.

If the regulation is supposed to apply to cloud services, the poor experience of SMEs like Tutanota – whose core issues affect their users are essentially ignored through Official support channel – indicates something is not working. So at least, there’s an execution failure going on here. The lack of clarity around whether P2B regulation applies in such cases is clearly not helping. So there seems to be a communication flaw – if not an outright one.

The European Union has more digital regulations coming soon whose primary aim is to decide how platforms do business with others, with the goal of ensuring open and competitive markets through proactively enforce fair terms and conditions. The most notable is the Digital Markets Act (DMA), which will apply to the most powerful “gatekeeper” platforms.

However, the regulation has yet to go into effect – adoption will begin next year – and it will require individual gatekeepers and “core platform services” to be specified before it can be applied. using requests, this will take months in each case. So it won’t be a quick fix.

In addition, there were also some concerns about whether the new regime will apply strongly to the cloud giants productivity and services to other businesses. So some legal issues around cloud services may persist.

When asked if it was confident the DMA would be an antitrust game-changer, a Tutanota spokesman doubted it would prove a silver bullet to address the power imbalance between platforms and SMEs. “There needs to be a better way to deal with such problems,” she told us. “It is possible that the DMA will solve this problem but the consequences in case of negligence on the part of the gatekeeper must apply; otherwise it will be very easy for them to continue to ignore small competitors.

“As long as Big Tech companies don’t have to fear any kind of consequences – be it bad publicity or heavy fines – they won’t be interested in investing in fixing user problems. competitors – this is understandable from their business point of view. This is exactly why we need better legislation in this regard. “

“We expect the DMA to be a good first step in this direction, although it may not solve all the problems,” she added. 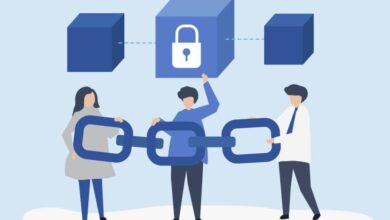 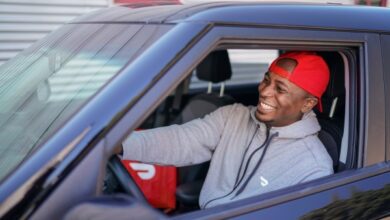 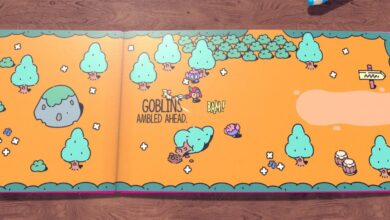 Plucky Squire is the brightest star in the Devolver Digital showcase