Daryl Robert Harrison was convicted by a jury last week of defrauding 14 people out of more than $800,000.

Harrison and his stepfather, pending trial, convinced everyone that they were ministers of the Power House of Prayer Ministries. CNN reports that the group has provided financial support for “religious services in various church and private housing facilities” in Colorado and Ohio.

Harrison said he has relationships with mining and trucking companies in Africa. The Ohio man also told investors that they would get up to 33% on their investment in those companies.

The DOJ’s press release states that Harrison “failed to provide investors with interest payments, routinely terminated all communications with investors, and ignored individual investor requests.” and requests from investors seeking a return on investment.”

The 2020 indictment alle exchange such funds for the personal benefit of the defendant and for the benefit of PHO without the knowledge or consent of the investors. “

Luxury cars and rentals are among the few things that were bought with the money Harrison got by defrauding people for several years.

Harrison’s sentence is due later this year, and he faces 20 years.

NCIS: What happened between Pauley Perrette and Mark Harmon? | Explain 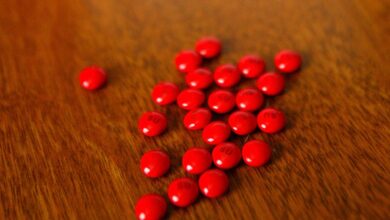 Research shows the number of children overdosing on Melatonin