Disclaimer: The opinions expressed below belong only to the author.

On August 29, the government announced a new type of work permit in Singapore, the Overseas Network and the Professional Pass (One Pass), which will come into effect from 1 January 2023.

The new One Pass is generous – it gives expats the chance to bring their families and also for spouses to work. The card is valid for five years and significantly, there is no limit to the number of cards that can be given.

Much has been said about the need for foreign talent in Singapore, and people are concerned about the need to acquire these talents for the country to remain competitive.

However, others also raised concerns that the new work permit would be abused through fraudulent applications.

During the parliamentary discussion on the new One Pass, Associate Professor Jamus Lim of the Workers’ Party asked a key question of primary importance: Can the government codify training and skills transfer requirements into law, as part of One Pass?

After all, this is the main attraction for foreign talent in Singapore, so that locals can learn from them and increase their own contribution to the Singapore economy.

However, Human Resources Minister Tan See Leng warned that foreign talents also contribute in other ways and therefore we should not consider them here just to facilitate this transfer of skills.

Skill transfer doesn’t exist at the moment, but the important thing is

In many ways, Dr. Lim is right. Skills transfer is vitally important in getting Singapore to where we are today, as a technologically advanced society with the highest per capita income in Southeast Asia.

Our reputation as one of the ‘Four Asian Tigers’ is partly due to our openness to foreign talent and foreign companies during our age of export-oriented industrialization. However, we are not the only country that welcomes foreign investment and foreign talent. Other countries such as Malaysia and Indonesia also welcome foreign experts in their efforts to develop their own economies.

One answer, among many others, is skill transfer. While many Southeast Asian countries are open to experts, Singapore is not content to rely on them forever.

Take for example the cooperation between Malaysia and Mitsubishi. Mitsubishi is one of the companies that Malaysia hopes will help the country develop economically and technologically.

In some ways, this happened. Mitsubishi assisted in the development and launch of Proton, Malaysia’s national automotive brand. But Proton isn’t exactly a brand known worldwide for its innovative automobiles – its flagship Proton Inspira is essentially a revamped Mitsubishi Lancer.

Why hasn’t the company made significant innovations in the automotive sector? Yes, because it’s not possible. The skill transfer was not made while Mitsubishi cooperated with Proton, and therefore the technical know-how was not transferred from Mitsubishi to Proton.

In contrast, Singapore started without an arms industry. However, ST Engineering of Singapore is the leading supplier to many countries today. Singapore manufactures ships for the Omani navy, armored personnel carriers for the United Kingdom, and the signature SAR 21 rifles used by Brunei, Indonesia, Sri Lanka, Thailand, Peru and several other armed forces.

This can be attributed to the transfer of technology and skills made possible when Singapore partnered with foreign companies and talent in the early days of its development. Finally, the SAR 21 is inspired by the American M-16. But instead of being copied wholesale, the design was modified and adapted to deal with the problems the M-16 had.

Obviously, skills and technology transfer are important. Although Singapore is on the cutting edge of technology today, this may not always be the case.

Relying on foreign talent is synonymous with dependence – on expats who may not have the same stake in seeing Singapore succeed and who may be tempted by better offers in other places. If this reality happens, Singapore will stagnate and be overshadowed by others.

Minister Tan made the point that “foreign talent can contribute in other ways, including helping to bridge the gap between supply and demand for top talent”. However, it is not always advisable to rely on top foreign talent in the long run.

Singapore has been fortunate to learn quickly over the past few decades, opening its doors to foreign investment and foreign talent to learn from the best in the world. In the electronics sector, Singapore has managed to stay relevant in chip development, wafer fabrication and other areas.

Minister Tan is right that foreign talent can help bridge the gap between supply and demand for top talent, but always relying on these top talents to fill the gap would be a risky game.

These talents may not contribute to Singapore’s success as much as the local talents who have lived here all their lives. There will always be other countries successfully poaching them again and other policies that lure these talents away from us.

Therefore, part of what makes these top talent valuable to Singapore is the willingness and ability to transfer skills and technology to Singaporeans, so that Singaporeans can also fill these gaps. , if and when these foreign talents leave.

The need to develop our own talents will never go away, no matter how much we progress.

Stagnation does not mean stagnation; it means refuse

Skill transfer from foreign talent is not a matter of stagnation or advancement, but a matter of promotion or decline.

So far, Singapore has managed to maintain its relevance and competitiveness due to our advantages in technology and innovation, but this progress is not limited to Singapore. The whole world is making progress, and this progress, while good for us now, is a double-edged sword.

While Singapore has remained relevant and competitive so far, steady progress means stagnation is extremely dangerous. If skills transfer does not occur, and we continue to rely on foreign talent to create gaps that we cannot fill, these gaps will continue to widen over time – and The decline will come to us before we know it.

Throughout the 17th century, financial innovations such as fractional shares helped make the Dutch an economic and colonial power, but they were soon overshadowed by the British and its empire, where the sun never sets. The British adopted financial ideas from the Dutch to build their own empire, aided by greater access to resources.

Similar stories have continued to happen throughout the years. Nokia, once a giant of phone technology, has been acquired by Microsoft, after smartphone giants like Apple and Samsung cut them out of the market. Now, Amazon is being surpassed by Shopee and Lazada in Southeast Asia.

As we can see, stagnation is almost never an option. Choosing to stagnate means letting competitors take the lead, and providing them with a golden opportunity to overtake us. In essence, it is choosing to refuse.

The same lesson can be applied to foreign talent in Singapore, and our own foreign talent attraction policies. While we need to attract foreign talent to stay competitive, it’s important that we don’t expect them to stay here forever.

Singapore has to learn on its own how to fill the gaps in our economy, and foreign talent is indeed a valuable vehicle to that end.

However, foreign talent needs to be seen as optional rather than existential. Their contributions are substantial, but their achievement will never truly be Singapore’s, unless Singapore can do the same or better.

Singapore’s growth story has so far been a success story, but it is one based on attracting, retaining and improving foreign innovations and technologies. A key component in this is ensuring that the technological know-how, insight and skills that come to Singapore will also stay in Singapore.

Passing jobs like One Pass will attract foreign talent, but retaining them is a whole different story.

Foreign talent has many contributions in Singapore, but possibly the most important function they serve for Singapore is to ensure our continued economic growth and through the transfer of skills to talent. local, filling the gaps in our economy. As the saying goes, knowledge is the only thing that no one can take away from you. 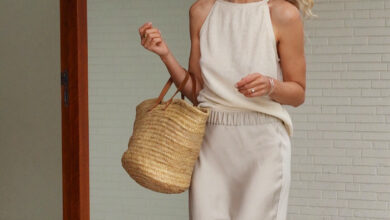 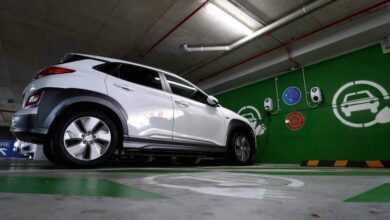 How to make your home more attractive 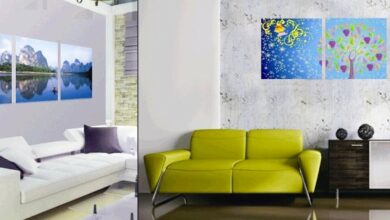 5 ways to decorate your home on a budget