You may have heard about neem for garden pests, but there’s a whole lot more to this wonder plant. Neem benefits people too and has been used for thousands of years in traditional cultures for a wide variety of ailments. Here we’ll explore the science behind this plant and how we can use it to benefit the body.

The neem tree (Azadirachta indica) is commonly used in India and Africa for everything from infections and fevers to teeth brushing. Indian Ayurveda and traditional medicine widely use plants like neem (aka Indian lilac), turmeric, and others in their arsenal.

More recently, there have been hundreds of studies on neem for a wide range of issues. The leaves, flowers, seeds, roots, neem seed oil, and bark were traditionally used. Much of the current research and uses are for neem seed extract and leaf though.

Scientists have identified over 140 constituents and active compounds in neem. Nimbin is one of the main active components behind neem’s medicinal properties.

Neem has an impressively long list of purported health benefits. And a lot of the traditional uses are now being supported with current research. Many of the studies are done in test tubes and on animals, so the results aren’t always conclusive.

Not much research has been done on neem’s direct effect on humans. However, neem does have an extensive history (thousands of years!) of use in humans in certain cultures. The benefits below include both traditional use and ones backed by modern research. As always this isn’t medical advice and I encourage you to do your own research.

Neem and some of its isolated components:

That’s a lot for just one plant! Let’s explore some of these in more detail and the research behind them.

One of the most popular ways to use neem is for oral health. You’ll find it widely used in Ayurvedic toothpaste, mouthwash, and oral hygiene. It’s even in the whitening toothpaste from Wellnesse. Neem products have a lot of benefits for the mouth and gums.

They’re antimicrobial to fight harmful strains of bacteria in the mouth. The anti-inflammatory properties also help soothe gingivitis and irritated gum tissue. While a healthy, whole foods diet is the best first line of defense when it comes to a healthy mouth, neem can also be a helpful ally.

Several studies have shown promising results with neem’s ability to control plaque and reduce gum inflammation. However, a 2017 review found that many of these mouthwash studies were flawed or biased. Because neem is such a potent antimicrobial and anti-inflammatory, it’s still a welcome ingredient in my oral care routine.

Cancer is such a loaded word and a very tricky topic. There are always more than a few factors when it comes to a cancer diagnosis. But research shows promising results when it comes to neem. Scientists are looking at neem’s benefits for cancer patients and future cancer drug development.

It’s important to note that while there has been a lot of research on neem and cancer, the results aren’t conclusive. The science is promising, but it’s mostly been done in test tubes and animals. On the other hand, it’s been used for centuries in Asia as a traditional cancer remedy.

This is one I’ve had personal experience with! While I certainly don’t like head lice, I’m glad that neem is a natural and safe way to kill them. A 2007 Egyptian study looked at the effects of neem shampoo on head lice. The shampoo worked well against all lice stages without any harmful side effects. And the formulation worked in as little as 10 minutes.

A later 2011 study explored how well it helped prevent lice hatching. The neem-based shampoo not only killed larvae and adult lice but also killed the unhatched eggs in 10 minutes. Neem shampoo is a safe and gentle way to tackle uncomfortable lice infestations.

Ayurvedic medicines, like neem, are traditionally used to address scalp issues. The main culprit behind dandruff is an overgrowth of the yeast, Malassezia. Neem is antimicrobial, anti-inflammatory, and has antifungal properties that help fight dandruff.

In a rat study, neem leaf extract had some surprising effects. It improved weight gain and helped regenerate beta cells. We rely on beta cells to make insulin, so their health is critical to diabetes prevention.

Researchers in a 2022 review weighed in on neem for diabetes care. While they note it is very effective, more research needs to be done to evaluate clinical safety and efficiency.

While neem leaf can help with metabolic syndrome, the bark plays a role in wellness too. A 2009 review found neem bark extract helped with ulcers and protected the gastrointestinal system.

Neem Benefits for Fertility and Contraception

I personally used natural family planning, but neem is sometimes used as contraception. It’s more commonly done in countries like India, but its popularity is catching on. Neem for contraception isn’t so cut and dry though.

Rat studies report it worked by preventing ovulation and didn’t cause abortion or birth defects. Others studies done in baboon and monkey pregnancies didn’t have the same results. Researchers in the primate studies concluded neem may cause the immune system to attack a new embryo.

As a spermicide in humans, it kills 100% of sperm in 20 seconds in the vagina. It’s also used as an oral contraceptive in men. Curiously, different parts of the plant can have different results. Scientists used neem oil to make rats infertile. They then used neem root powder to remedy infertility. The rats had a significant increase in sperm density and motility. So while neem oil can kill sperm, the root might bolster it (at least in rats).

Some men take neem capsules internally to prevent pregnancy in their partners. It is also used as a vaginal spermicide before or after sex. Some people joke that neem’s strong, unpleasant smell is enough to deter babymaking!

No plant or drug comes without some safety considerations. And neem is no different. It depends on the person, their health concerns, neem dose, and how they’re using it. Neem extract mouthwash, toothpaste, and lice shampoo have a good track record for safety. Internal use gets a little trickier.

Neem leaf supplements are used for a wide variety of health complaints with good results. However, there are some precautions with neem oil. It’s great as a pesticide in the garden but may cause damage in humans.

There are a handful of case reports of people accidentally drinking neem oil. Reports include seizures, heart attacks, and brain damage. Some of these people had pre-existing conditions that likely played a role in their reactions. One man drank ¼ cup before he had negative results. Another woman drank 250ml in a suicide attempt. The researchers report “she recovered completely.”

A lot of the reports are in children and infants who got a hold of the neem oil bottle. Neem oil shows promising benefits in many studies, but it’s likely not as safe as the leaf. Caution or avoidance of internal use of neem oil is warranted.

Neem During Pregnancy or Breastfeeding

How to Use Neem

Be sure to consult with your healthcare practitioner if you have any questions or concerns about a new supplement. In general though, here are some ways to use neem.

Where to Get Neem

Here’s where to find some quality neem products.

The Bottom Line on Benefits of Neem

Neem has a whole lot to offer, but like any supplement or plant, it should be used wisely. Do some research to see if it could be a good fit for your personal situation. I’ve found it really helpful for my own family when it comes to things like warding off pests!

Have you ever used neem before? Did it work for you? Leave a comment and let me know! 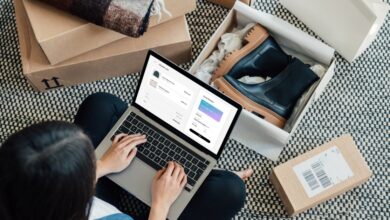 The Psychology Behind Online Shopping: Why It’s Addictive 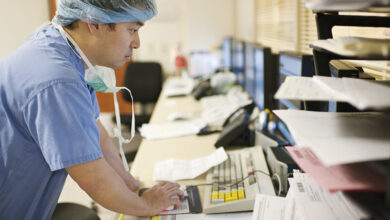 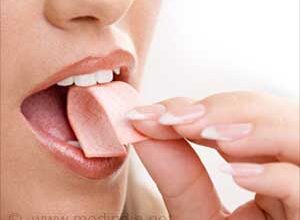 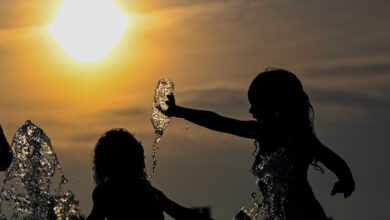 Health risks of extreme heat — And how to assess your risk