Supporters of Brazil’s former far-right President Jair Bolsonaro have stormed the country’s Supreme Court and its Parliament building and besieged the presidential palace in the capital Brasilia.

The Sunday invasions are an unpleasant aftertaste of January 6, 2021when supporters of former US President Donald Trump, who, like Bolsonaro’s supporters, claimed without proof that the presidential election had been “stolen” and staged an attack into the Capitol in Washington, DC.

Here are the reactions of world leaders and top officials:

“I condemn today’s attack on Brazil’s democratic institutions. The will of the Brazilian people and the institutions of the country must be respected. I’m sure it will be. Brazil is a great democratic country.”

“The coup plot by Brazilian conservatives, fueled by the leadership of the oligarchs, their spokespeople and fanatics, is reprehensible and undemocratic. Lula is not alone, he has the support of the progressive forces of his country, Mexico, the American continent and the world.”

“We condemn the attack on organizations in Brasilia, which is a reprehensible act and a direct attack on democracy. These actions are unforgivable and fascist in nature.”

“The Brazilian government has our full support in the face of this cowardly and despicable attack on democracy.”

“All my solidarity with @LulaOficial and the people of Brazil. Fascism decided to organize a coup. … OAS (Organization of American States) must meet urgently if they are to continue to exist as an institution.”

“I would like to express my rejection of what is happening in Brasilia. Mine and the unconditional support of the Argentine people for @LulaOficial in light of the coup plot he is facing.”

“We firmly reject the violence perpetrated by Bolsonaro’s neo-fascist groups that have attacked Brazil’s democratic institutions. Our support goes to @LulaOficial and the people of Brazil, who will surely mobilize to defend their peace and their president.”

“Uruguay condemns violence against organizations in Brazil and calls for respect for the rule of law, democracy and its government.”

“The government of Peru strongly condemns the attack on the congress, the presidential palace and the Supreme Court of Brazil, as well as any attempt to flout the legitimacy of the October 2022 elections. our bond with President Lula and Brazilian democracy.”

“I condemn the disrespectful and destructive acts against democratic institutions in Brasilia, which attack the democratic order and the security of citizens. I express my and my government’s support for @LulaOficial’s legal regime.”

“We strongly condemn the attack on the Congress, the Palace and the Supreme Court of Brazil by anti-democracy groups. Fascists will always seek to take by force what they cannot get at the ballot box. Our solidarity with the people of Brazil and the president @LulaOficial.”

“We are concerned about what is happening in Brazil. The way should always be respect for institutions, democracy, freedom and non-violence.”

“We strongly condemn the violent and undemocratic acts in Brazil aimed at creating chaos and disrespecting the will of the people leading up to the election of President Lula.”

“I condemn the attack on democracy and the peaceful transfer of power in Brazil. Brazil’s democratic institutions have our full support and the will of the Brazilian people must not be undermined. I look forward to continuing to work with @LulaOficial.”

US Secretary of State Antony Blinken

“We condemn the attacks on the President, Congress and Supreme Court of Brazil today. Using violence to attack democracy is always unacceptable. We join @lulaoficial in calling for an immediate end to these practices.”

“The violent attack on the heart of the Brazilian government by right-wing extremists is a sad but familiar sight. We stand with the Brazilian people and democracy.”

“Respecting the democratic will of the people is paramount in any democracy – including Brazil. Canada strongly condemns the violence shown there today and we reaffirm our support for President @LulaOficial and Brazil’s democratic institutions.”

“Horrible at the acts of violence and illegal occupation of the government sector in Brasilia by violent extremists today. Fully support Lula and his government, Congress and the Federal Supreme Court. Brazilian democracy will triumph over violence and extremism.”

“There is no doubt that former President Bolsonaro is responsible. These anti-democracy protesters listen to his voice. It would be important if he had a message of condemnation in light of the turmoil currently occurring in Brasilia.”

“The will of the Brazilian people and democratic institutions must be respected! President @LulaOficial can count on the unwavering support of France.”

“Violent attempts to undermine democracy in Brazil are unjustified. President @LulaOficial and the Brazilian government have the full backing of the UK.”

“Deeply concerned about what is happening in Brazil. Democracy must always be respected. The European Parliament sided with the Lula government and all legitimate and democratically elected institutions.”

“What is happening in Brazil cannot leave us indifferent. The images of breaking into agency offices are unacceptable and do not fit any form of democratic dissent. A return to normal is essential and we express our solidarity with Brazilian organisations.”

“All my support goes to President @LulaOficial and to the freely elected and democratic institutions of the Brazilian people. We strongly condemn the attack on the Brazilian Congress and call for an immediate return to normal democracy.”

Nicolas Cage Has No Plans To Enter The 'Star Wars' Universe Anytime Soon: 'I'm a Trekkie' 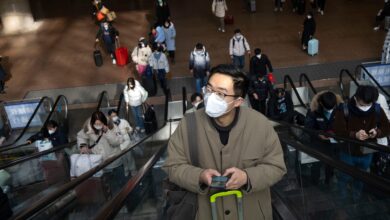 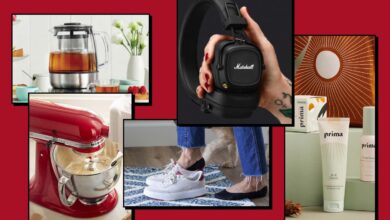 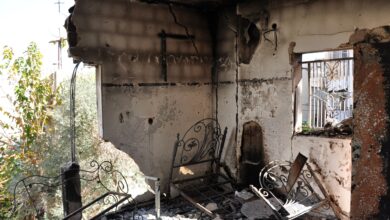 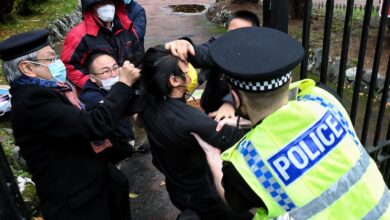