KYIV, Ukraine — Ukraine’s state-owned power grid operator said there would be power outages across large swaths of Ukraine on Wednesday following Russia’s biggest bombardment of the country’s energy infrastructure. in a war that lasted almost 9 months.

Ukrenergo said power cuts will be scheduled and unannounced, as emergency work is underway.

Ukraine’s energy minister said the attack was the “largest-scale” bombardment of energy facilities in the nearly nine-month invasion, hitting both transmission and power generation systems.

Ukraine’s presidential office said at least six civilians were killed in Russian attacks and 17 others were injured.

— Follow AP news on the war in Ukraine: https://apnews.com/hub/russia-ukraine

It said on its Facebook page that Ukrainian forces had carried out more than 50 attacks around Kinburn Spit, in the Mykolaiv province, which is now under the control of the Russian military.

The cape is believed to be an important site for Russian electronic warfare and is of strategic importance in coordinating Russian shelling of the right bank of the Dnieper River and southern Ukraine.

Governor Pavlo Kyrylenko said that in the east of the Donetsk region, the Russian army shelled seven towns and villages. Fierce fighting is taking place in the area for the city of Bakhmut.

In the previous 24 hours, four civilians were killed and seven injured in the area. “Every day of the war raises questions of survival for those forced to live for months in basements without light and heat, fleeing Russian shelling,” Kyrylenko said. on Ukrainian TV channel.

Writing on Telegram on Wednesday, Klitschko said the entrance to one of the buildings – a five-story building – had been significantly damaged. Residents have been evacuated and authorities are assessing the full extent of the damage.

But a spokesman for the Russian Defense Ministry denied those claims, saying Moscow did not conduct “a single missile strike on targets in the city of Kyiv” on Tuesday.

Igor Konashenkov blamed the damage in residential areas on the “fall and self-destruction” of anti-aircraft missiles fired by the Ukrainian military.

BRUSSELS — NATO allies are investigating how a Russian-made missile landed in Poland, killing two people near the country’s eastern border with Ukraine.

Ambassadors from the 30 coalition countries gathered in Brussels on Wednesday for urgent talks.

Tuesday’s missile attack deepened international tensions over Moscow’s nearly nine-month war against Ukraine and added to fears of an escalation.

The missile hit a Polish countryside near the border with Ukraine.

The strike underscores the dangers of war in Eastern Europe, which could spiral out of control and spread beyond Ukraine.

Poland said it was considering calling for urgent consultations under Article 4 of the treaty establishing NATO, which provides for such negotiations if one of the 30 allies considers their territory to be under threat. . But Wednesday’s meeting is unlikely to be an Article 4 consultation.

Western officials are saying that even if the attack on Polish territory with a Russian-made missile was an accident, Moscow’s war in Ukraine is still responsible.

British Prime Minister Rishi Sunak and Canadian leader Justin Trudeau on Wednesday told the Ukrainian president that “regardless of the outcome of that investigation, Putin’s invasion of Ukraine is clearly the cause of the violence that is taking place.” take place.”

The British Prime Minister told reporters from the G-20 summit in Indonesia: “We should all be clear: This wouldn’t have happened without Russia’s invasion of Ukraine.

German Chancellor Olaf Scholz said at the summit it was important to wait for the results of the investigation into Tuesday’s missile attack, near Poland’s border with Ukraine.

He said it was impossible to draw “early conclusions about what happened before careful investigation, in such a serious matter.”

The Chief of the General Staff of the Czech Armed Forces, Major General Karel Rehka, said: “In the current circumstances, the most important thing is to stay calm, wait for more information and carefully assess the facts. That’s exactly what we, the soldiers, are doing now.”

BEIJING – China has appealed for calm over a missile attack in a Polish countryside near the border with Ukraine, where Russia is waging war against the Kiev government.

China has closely aligned its foreign policy with Russia in recent years. China has refused to criticize Russia’s aggression or even consider it an invasion, while criticizing sanctions and blaming the US and NATO for provoking Putin, even though they have goes as far as to provide military support to Russia. 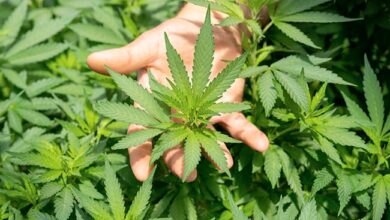 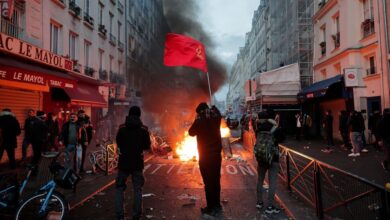 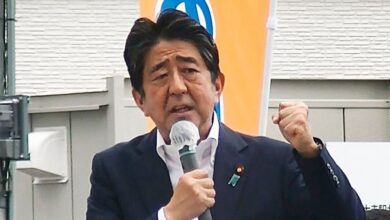