Entrepreneurs are a strange creature. In a society where failure is despised more than anything else, entrepreneurs risk ridicule and resources when they choose to start their own business.

Failure is not something that is generally well regarded in Singapore. From a young age, many of us have a strong fear of failure. Whether this is the fear of failing our exams, failing our careers or anything else, failure can be one of the top few things we Singaporeans fear the most.

However, failure still finds its way to many of us – none more so than the startup founders themselves: an estimated 90% of startups fail, and 10% of them fail within the year. firstly. But as the saying goes, falling is not failure – failure is not getting up again.

This couldn’t be more true for Wong Wai Jeat, who rose from the ashes of two failed startups to found award-winning startup Ximple.

Wai Jeat has always dreamed of having a successful business. For him, it’s a way to give back to a community and effect real change in that community. To that end, Wai Jeat has actually founded two companies before Ximple, providing solutions and business consulting.

However, neither of them are part of the 10% of successful startups, and by 2014, Wai Jeat decided to call off work for both.

These weren’t the only challenges he faced that year. His personal life also falls apart when his father passes away and he goes through a messy divorce that causes him to lose his wife and children.

Having lost everything, Wai Jeat decided to put his energy into the last thing that did not leave him – his dream of starting a successful business.

Support is not forthcoming to say the least. Wai Jeat recalls that among his friends and family, a recurring question he heard was ‘Why don’t you get a steady job?’.

It’s demoralizing at times, but I appreciate their concern rather than take it as a criticism. They worried if I would have enough to feed myself and have a decent life rather than working 24/7 a week with little spending.

Finally, in 2017, while trying to organize warranties for his own devices, he hit gold.

He realizes that he’s probably not the only one who finds warranty tracking and electronics handling troublesome and struggles with it – and this is something he can very well help the community out. .

Learn from past mistakes

This time, Wai Jeat was determined to make his startup a success and he took the time to seriously examine where he went wrong in his previous two startups.

“For both of my previous startups, we had great tech talent, but we were sorely lacking in anyone who could help market the business well. However, pitching to invest or work with business partners requires a lot of sales skills. I realized that I needed to sell values ​​rather than features – a difficult transition because as a technical person I am used to converting later,” he explains.

To help Ximple achieve better success, Wai Jeat tried to improve his own sales skills. He signed up for public speaking courses and actively seeks to connect with creators to learn from them.

Even with this effort, Wai Jeat only pays himself S$2,500 a month – a remarkably low amount for the amount of work he is putting in.

Throughout this process, Wai Jeat continued to refine his ideas, and eventually came up with Ximple’s current model. While the original idea was an app to help consumers keep track of their electronic device warranties, Wai Jeat has expanded it to include options for consumers to shop for these electronics, as well as help them dispose of these electronics properly.

As consumers, we always ask ourselves: what more is needed to provide a more comprehensive experience? That’s how Ximple transformed itself from a small warranty idea into what you see now: an app that helps consumers shop, own, and dispose of their electronics.

Ximple helps consumers track their warranties through the app’s cloud-based platform, and when users want to replace their products, it also helps them shop for new products and track warranties for those who need it. this new item.

For replaced products, users can also sell, recycle or donate these devices through the app.

At Ximple, we are trying to promote a circular economy where product life can be maximized and products can be recycled at the end of their life. It’s a growing network of partners who can help ensure that e-waste is reduced, while consumers get the most out of their purchases.

It currently has more than 50,000 monthly users

By many measures, Wai Jeat has succeeded in his goal of building a successful startup. Ximple now boasts over 50,000 monthly users and has accumulated US$1.7 million in funding.

In addition, Ximple also received the Certificate of Merit at the Asia Smart App Awards 2021.

Not even the COVID-19 pandemic has been able to contain it, as the app has seen greater traction as online shopping moves in. While the start of the pandemic has delayed Ximple’s overseas expansion plans, the app has seen a surge in usage as consumers flock to price comparison functions. and its e-commerce.

Currently, Ximple is expanding into Malaysia and has even been named the official supplier of smart living solutions for the growing smart city real estate development in Malaysia.

But Wai Jet has plans for a future outside of Malaysia. “While currently only consumers in Singapore and Malaysia can enjoy the full Ximple experience, we are also receiving interest from other countries such as the Philippines, Australia and India. Once we find the right partner, we will expand to other countries,” he shared.

In Singapore, where failure is common and our salary is a common yardstick for success, passion often goes unnoticed.

The story of Wai Jeat is a story of boundless courage and determination, a story that shows that we can still find what the Japanese call ‘ikigai’ – what a person is good at, loves, gets paid for, and also what the world needs.

Ximple’s story is really simple – it’s a company that helps consumers and the environment, and it’s also a company founded on Wai Jeat’s awareness of how consumers can benefit from these benefits. advancement of technology; something that he was passionate about.

As Wai Jeat put it himself: “At the end of the day, the challenge of building your own business doesn’t just stem from the length of time you’re willing to make sacrifices, or the courage to be your own boss. It is also about figuring out what people need and building something to help them. “

The queue for the queen's coffin has been paused, which is already 8 km 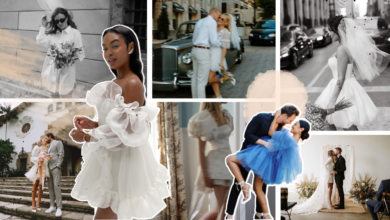 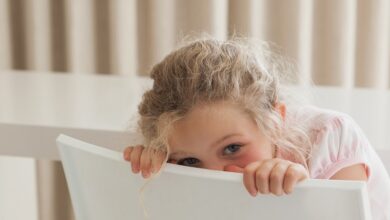 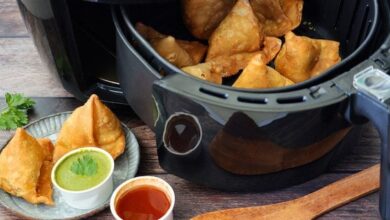 How to choose an air fryer 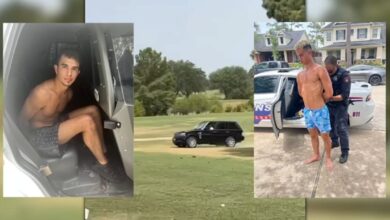