On November 28, the company announced that it has licensed its AI technology to iCADa medical technology company that provides breast cancer detection services to healthcare facilities around the world.

While iCAD already includes AI-based strategies in its cancer screening services, it will now also incorporate Google’s algorithm. Google was tested with researchers at Northwestern University. “It was a turning point for us,” said Greg Corrado, co-founder of the Google Brain team and principal scientist on Google’s AI healthcare team. “We are moving from academic research to the ability to implement our algorithms in the real world.”

In an earlier research published in 2020 at Nature, Google’s mammogram algorithm outperforms radiologists in recording fewer false positives and false negatives when reading images. The study involved mammograms of more than 91,000 women in the United States and the United Kingdom. In the US, where most women aged 50 to 74 are recommended to be screened every two years, Google’s system has reduced the false positive rate to 6%, and in the United Kingdom, where women from 50 to 70 year olds are advised to be screened every three years, an increase of 1.2%. The machine learning algorithm also reduced false positives by 9% in the US and by almost 3% in the UK

That benefit will now be commercially available for the first time to 7,500 mammography sites globally, including university health systems, using iCAD’s services. Although Corrado declined to detail how Google’s algorithm differs from that being tested by other researchers and companies in the field, he said the system combines data from multiple sources. types of images, even beyond breast tissue, to fine-tune the machine learning process. iCAD and Google will continue to develop and refine the technology as part of the partnership agreement.

The algorithm is not designed to replace radiologists, at least for the time being. But in Europe, says Stacey Stevens, president and chief executive officer of iCAD, it could help ease the burden on radiologists, as many countries (including the UK) require two mammography image readings. iCAD is working with health regulators to get the right permission so the company’s AI-based interpretation could eventually be one of them, she said. In the United States, Stevens expects the first product to include Google’s algorithm to be launched in early 2024.

Stevens also predicts that the AI-based system will bring mammography to more people around the world, especially in under-resourced areas that cannot support the infrastructure needed to do so. hardware storage related to storing mammogram images. With Google’s cloud-based storage capabilities, “we have the ability to expand into new geographies and regions of the world and scale our tools,” she said. for more patients in regions of the world constrained by infrastructure challenges.”

As with any machine learning system, the more data from a mammogram is fed into the algorithm, the more subtle differences the algorithm can detect that distinguishes normal tissue from potentially cancerous tissue. . Women who get mammograms using an AI-based system will have their information fed back to the algorithm, minus any identifying data. At present, most mammogram people may not be aware that an AI system may be in the background of an adjunct to radiologists, as at present, there is no signatory regulatory body to do so. fully AI-based mammogram interpretation. But as more AI algorithms like Google’s enter the market, that could change, and radiologists will likely discuss with patients how to interpret their images.

Eventually, such machine-based readings could begin to draw patterns that are invisible to the human eye. Stevens says iCAD’s current AI-based algorithm has detected the presence of small calcified nodules in breast tissue that scientists are beginning to link with a higher risk of heart disease. If that association is confirmed, mammograms could also become a tool to assess a woman’s risk of heart disease.

Now, adding an AI perspective to mammograms could begin to improve the way a woman’s breast cancer risk is determined. AI systems can better distinguish, for example, differences specific to specific racial and ethnic groups; In the United States, African-American women are at greater risk of developing aggressive types of breast cancer and more likely to die from the disease than other women, so training an AI system to follow Tracking the first signs of these cancers can lead to better outcomes. “We’ve found that there are many cases where women have mammograms that look normal, but there are things in those images that aren’t visible to the naked eye,” says Stevens. If the AI ​​algorithm can spot those differences, then those women could be sent for additional screening to find out if they’re at higher risk for cancer. That can put them on the path to getting treatment sooner, which ultimately leads to a better chance of survival. It could also mean less expensive medical services, which in turn will result in cost savings for the health system. “We are in the early stages of breast cancer risk assessment using AI, but we are excited about its potential,” says Stevens.

Capital One Software: Journey from bank to technology company 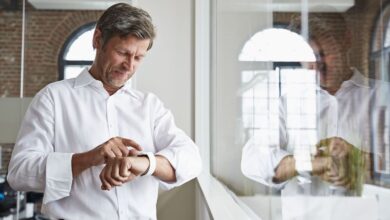 Q&A: Could the Apple Watch change the ‘one size fits all’ approach to AFib? 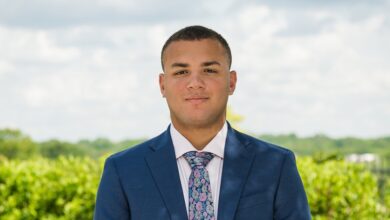 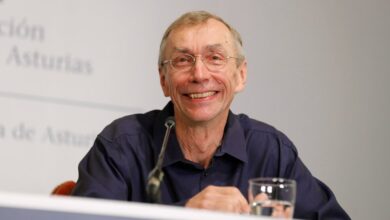 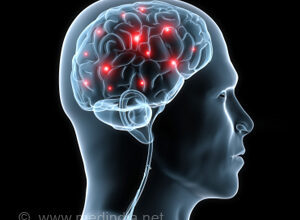