Fisher Price‘Rock ‘n Play’ cribs are linked to the deaths of 100 infants, including 30 who died after it was first recalled more than three years ago.

About 70 infants have died in their sleep since the initial recall, with the cause of death believed to have been suffocation due to the product’s 30-degree tilt.

“Infant deaths have occurred in Rock ‘n Play Sleepers, after infants rolled from a supine position to a prone or lateral position when uncontrolled or in other circumstances.” according to CPSC.

CPSC President Alexander Hoehn-Saric said in a statement: “We are making this announcement because, although they are removed from the market and banned from sale, infants continue to die in these products. this.”

He went on to urge “all parents” to stop using “these products immediately”.

“I urge all parents, grandparents, and carers to follow the instructions of this notice and stop using these products immediately.”

Two class-action lawsuits have been filed since the recall in 2019, with rival products similarly recalled for 15 infant deaths.

Likewise, the government ordered the recall of Kids2 Rocking Sleepers, which itself has been blamed for 15 infant deaths, the newspaper reported.

Two class-action lawsuits have been filed against Fisher-Price and Mattel, the parent company, since the first recall in 2019.

A Delaware couple – Samantha Drover-Mundy and Zachary Mundy – filed a lawsuit – they lost their 12-week-old daughter after she died in a rocking bed.

Distraught parents announced the child had died just minutes after she was placed in the Rock ‘n Play Sleeper.

Meanwhile, a separate lawsuit is filed by Long Island native Cassandra Mulvey, who alleges in her lawsuit that “Rock ‘n Play’s defective design also caused injuries… that should be addressed.” Medical treatment is expensive and can cause lifelong damage, including permanent deformities and developmental delays.”

Mulvey added in the court filing that the marketing of Mattel’s product is “dangerously false and misleading, as it is not safe for infants to sleep through the night or for extended periods of time.”

Rock ‘n Play “significantly increases the risk of an infant’s head sliding into a hazardous position, tilting the trachea, and/or causing the infant’s face to press against the mattress in the bed and block airflow, thereby increasing the risk of death from suffocation,” the court filing continued.

Fisher-Price accused of inaction, even after learning of infant death more than a decade ago

Fisher-Price has since been accused of inaction over the defective product, even after it was alerted to infant deaths more than a decade ago, according to the Post.

Back in September 2011, Sara Thompson’s 15-week-old son of Pennsylvania, died in her Rock ‘n Play Sleeper. Thompson wrote a letter to the CPSC in December 2012, informing them of her son’s death.

Ultimately, the agency referred the alert to Fisher-Price’s risk management team, according to Consumer Reports, who in turn classified the incident as an “injury flag,” which reads the company’s internal filings. the company.

And in February 2013, Atlanta pediatrician, Dr. Roy Benaroch, warned the toy maker that its product was not safe for babies.

Sure enough, in August 2018, Erika Richter, of Oregon, lost her two-week-old daughter after she was placed in a Rock ‘n Play bed.

Pediatricians say a 30-degree tilt is dangerous for babies, who can’t move to a safer position

According to pediatricians, the 30-degree angle of the sleeping position is dangerous for babies, which can obstruct the airway because the baby’s relatively heavy head leans forward into a chin-to-chest position.

And because they can’t lift their heads on their own, babies can’t move to a safer position, the American Academy of Pediatrics reports.

Fisher-Price and Mattel did not immediately respond to the store’s request for comment. 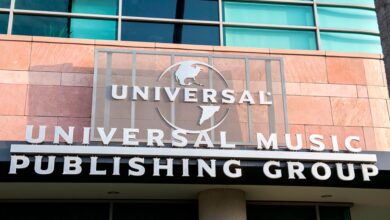 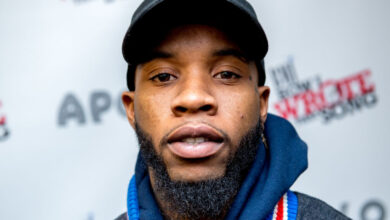 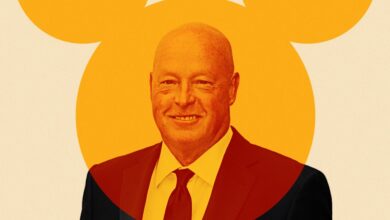