It is reported that Malaysia intends to become a high-tech innovation country by 2030.

Domestic tech startups play a role in helping the nation achieve this goal, contributing to boosting the overall economy.

As the pace of innovation accelerates, it is important that great ideas attract strong government support, with good cooperation between investors and industry players.

At the Wild Digital SEA 2022 conference, Patrick Grove, CEO of Catcha Gorup invited Malaysia’s Minister of Finance, Tengku Zafrul to the hot seat to guide him on what local tech startups can do. expected in 2023.

1. Continue to fund and develop the ecosystem for technology startups to grow

According to Patrick, the reality is that Malaysian tech startups have no shortage of talent, but the sector has not received government support for a while.

During Zafrul’s tenure, he established the PENJANA initiative in 2020 as part of Malaysia’s RM35 billion Economic Recovery Plan that includes multiple funding programs.

Part of the initiative introduced RM1.2 billion into the tech startup ecosystem. This funding is intended to help Malaysian startups brave enough to take risks and grow their businesses to make Klang Valley the Silicon Valley of Southeast Asia.

Even startups that are not established in Malaysia but have operations here are eligible to receive this RM1.2 billion investment to help the country achieve its goal in Silicon Valley.

Zafrul shares that the investment has been successful so far. Talking to startup players, he learned that startups want the government to continue [supporting] industry, not directly, but by participating through agencies that know how to invest.

In addition to funding, he also intends to help the country develop the right ecosystem so that startups can gain access to other players, markets, strategic advice and the like.

“Because they end up creating not only jobs but innovation, technology, etc., it’s important because you need to look at new industries for the future of the country,” said Zafrul. speak.

In two previous budget adjustments, Zafrul indicated that the government was looking to accelerate the country’s adoption of technology.

“We have forecast that by 2025 our digital industry will account for 25% of GDP, creating 500,000 jobs for the digital economy.

Unsurprisingly, the pandemic has been a major catalyst in boosting e-commerce alongside online work and leisure activities. Various government programs have also encouraged new and existing SMEs to adopt digital methods.

e-Pemula is a program launched for Malaysian youth to donate RM300 to enable them to spend with any e-wallet, from Grab and BigPay to Touch ‘n Go eWallet and Boost.

This initiative is made available for offline and online purchases, which is an evolution from its predecessor, e-Belia, which was online-only.

These are examples of the government encouraging digitization in the country, an effort Zafrul pledged to continue.

The Catcha Group CEO noted that an interesting effort Zafrul has made as Minister of Finance is to launch a RM77 billion nationwide subsidy scheme.

To make that happen, RM77 billion is about RM2,549 per Malaysian citizen, at the time of writing.

Zafrul explained that the government deploys this large subsidy to help people fight inflation, which he noted that Malaysia has one of the lowest rates in the region and in the world.

“For the first seven months [of 2022], our inflation rate is around 2.8%, in July it was 4.4%. This is partly due to subsidies,” Zafrul calculates. Even so, he also explained that providing subsidies in such large quantities to the masses is unsustainable in the long run.

“In fact, a study from the central bank has shown that in addition to the petrol subsidy, the T20 population receives almost 50% of that subsidy,” Zafrul emphasizes.

For example, the gasoline subsidy is RM30 billion, and RM15 billion goes to T20s who can actually afford gas. While another RM15 billion belongs to M40 and B40.

“Actually, you can actually save money from old residents because those funds could be used to build schools, hospitals, roads, etc. with that number. More importantly, there needs to be a policy that is financially sustainable in the future. “

This is where startups come in. The government intends to work with more SMEs and startups to develop a targeted subsidy mechanism to support those who really need it longer.

Now that Bank Negara Malaysia (BNM) has issued five digital banking licenses in Q2 2022, Zafrul is confident that all of them will be operational by 2023.

Zafrul himself was instrumental in launching digital banking in the Philippines while leading the CIMB Group before he entered public service. Patrick emphasized that this is the time before even Singapore or Malaysia implement their own digital banking frameworks.

Today, Zafrul reports that digital banking efforts in the Philippines have surpassed five million customers, for a bank’s attempt to start from scratch.

It is clear that even domestic e-wallets are already serving these markets, allowing people to make banking and digital payments easier and more accessible.

Patrick also mentioned Zafrul’s views on Web3 and NFT, where the finance minister hinted that BNM, along with certain banks, are also looking at producing their own digital currency.

At the end of the interview, Partick asked Zafrul to point out areas in the banking industry where young and agile entrepreneurs have an opportunity to disrupt.

“For emerging entrepreneurs, you have two options: work with incumbents and see where they can improve their processes — especially where the customer experience is problematic, or you can do their own thing,” Zafrul said. Twopenny.

Banks have a difficult framework to work within, difficult to change the way they do things, leaving certain obstacles unresolved, such as customer experience.

“This is where digital banks and new startups can find and fix because they don’t have the framework or legacy problems that traditional banks have,” Zafrul emphasized. emphasize.

On the other hand, if entrepreneurs decide to start their own fintech solution, there are opportunities in this area as well.

Citing a startup he met in Penang, Zafrul emphasized that its founder was once an engineer working in a large MNC. The former engineer then founded a startup to address the inefficiencies they had seen in their respective industries.

“Everybody has an opportunity and avenue to capitalize on the inefficiencies they see in other areas of the economy,” Zafrul encourages. 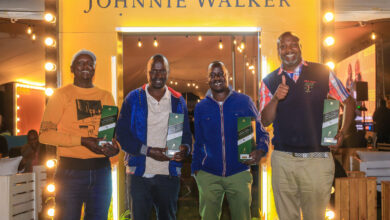 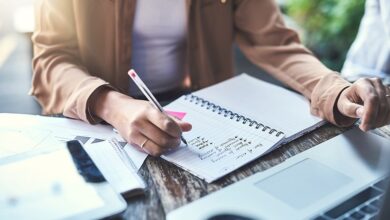 How to perform better at work 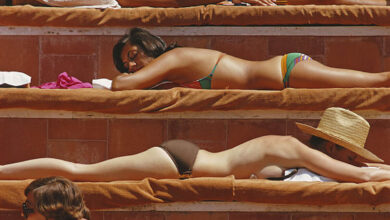 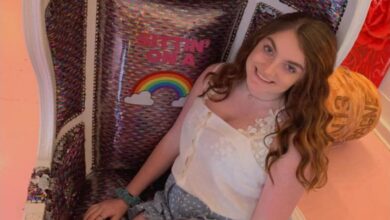