There is a quiet but fierce war being fought by tech heavyweights. They want to strengthen the RPA (robot process automation) market that is growing exponentially, and the massive investments users are making, continue to grow. According to recent research, the average organization spends $480,000 on RPA annually, with those at the top tier spending over $1 million on automation each year.

With a market of this size and all the indications automation will only get bigger, it’s no surprise that companies like Microsoft have entered the fray to beat it with longtime leaders Automation Anywhere, UiPath and Blue Prism, begging the question: Who will top?

Since Gartner released its first Magic Quadrant for the emerging RPA software segment in 2019, the same fugitives have taken the coveted “leader” spot, vying for the same spot as the others. Purebred people coming straight to the main at Churchill Downs. From our position at the finish line, Microsoft may have had a late start, but it is going strong as some of its competitors wane and tire. It is shaping up to be a two-horse race where Microsoft and Automation Anywhere are galloping away from the group.

Who is the candidate for the smart automation crown?

Automation programs have matured. They are at a stage in the lifecycle where the name of the game is no longer accepted, but instead is scale, innovation, cost reduction, and more end-to-end automation. In pursuit of these priorities, companies are also experimenting with a cross-platform approach where multiple automation tools are used to leverage specialized features, use cases, and increased compatibility with enterprise architectures.

Furthermore, the next evolution of automation will be in the cloud. As first-generation RPA tools stall, Microsoft’s Power Platform and Automation Anywhere’s Automation 360 deliver feature-rich, native cloud platforms loaded with next-generation capabilities and a host of benefits. another that attracts the attention of all CIOs.

The transition of the entire automation sector to a new platform is challenging and can be expensive as automation equipment in most cases needs to be rebuilt again. These challenges often prevent businesses from making the switch. However, there to be solutions and vendors can facilitate and accelerate the re-platforming of areas of automation into a new tool, like Microsoft’s Power Automate, which seems to be getting a lot of attention from potential suitors.

Microsoft’s Power Platform, a portfolio of next-generation efficiency-based solutions and the upcoming flagship product from Power Automate, is gaining a lot of support because they hit the spot. that their target audience is most interested in: their wallet. Microsoft has included Power Automate for free with Windows 10. You still have to pay for automation scheduling and orchestration; however, the pricing model is extremely competitive, with both per-user and threaded structures, and that’s before you factor in the other forms of cost savings it offers.

Because so many organizations already use Microsoft’s suite of products, whether it’s Azure for the cloud or Office 365 for business apps, Power Automate slides right into the existing enterprise architecture so organizations Organizations can automate more of their business processes with minimal effort and higher quality. Power Automate’s UX (user experience) and UI (user interface) is also a differentiator from its competitive predecessors, which are complex and technical, requiring skilled engineering resources. to build even the simplest automated tasks. Finally, eager to deliver on the promise of “citizen developers,” Microsoft, with its intuitive drag-and-drop interface, will continue to make automation more accessible to the average business user. often.

Following closely on Microsoft’s heels is the mainstay in the RPA: Automation Anywhere space. Automation Anywhere has traditionally owned a major part of the RPA market with its Enterprise 10 and 11 services. Now, it’s built the industry’s first cloud-native platform from the ground up, delivering what customers want. and the industry as a whole finds it lacking in its legacy and leading solutions.

In addition to more than 1,000 pre-built automations, the Automation Anywhere’s Automation 360 platform gives niche people the tough choice of stacking up against Microsoft Power Automate. With a lower cost of ownership because of its cloud infrastructure; a very intuitive UX; built-in machine learning and AI; better security, flexibility and scalability; and the dramatic shift from UI-centric automation to API-centric, cloud-based Automation 360 presents a difficult decision for CIOs looking at the two incumbent leaders.

What’s Next for Business Process Automation?

The Future of business process automation is clear: It will become smarter. There will be a marked evolution and divergence from automating swivel chairs and repetitive business tasks to leveraging machine learning and artificial intelligence on native cloud platforms to automate tasks. complex business processes, from start to finish. What remains unclear is who you will choose to take you there. From our vantage point, the choices will most likely go to Microsoft Power Automate and Automation Anywhere.

Dan Shimmerman is the President and CEO of Blueprint Software Systems. 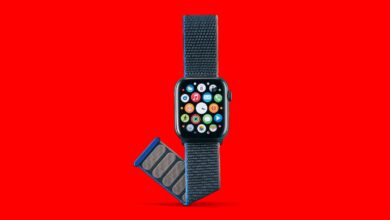 How to set up your Apple Watch (2022): Tips Plus Tips and Tricks 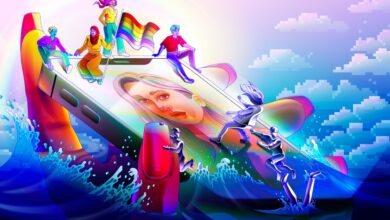 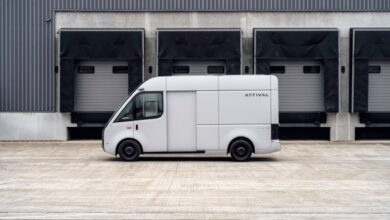