England ended their fall series with a 27-13 loss to 14-man South Africa; Eddie Jones said he ‘don’t care what people think’ after his team posted Saturday Test without a win this calendar year

Eddie Jones has been told England’s performance this autumn has fallen below expectations as the head coach accepts he faces an “uncomfortable” assessment.

Over the next two weeks, the Rugby League will investigate a dismal campaign that culminated with Saturday’s 27-13 aggregate defeat to South Africa, who won their first win at Twickenham since 2006. 2014.

A match greeted with boos as the final whistle blew ended England’s worst year since 2008, including six losses, five wins and one draw.

It put Jones’ future in doubt with the review panel looking at “how improvements can be made ahead of the Six Nations” amid the RFU’s admission that the team has underperformed.

Chief executive Bill Sweeney said: “We want to thank England fans for their patience and support, it’s important to us how they feel.

“Like them, we are really disappointed with the results of the Autumn Nations Series.

“Despite strong individual performances and some great new talent coming to the team, the overall results were not what we expected.”

In addition to explaining why England barely hit the Springboks, Jones also had to account for his first defeat to Argentina since 2008 and a 25-25 draw with New Zealand thanks to a dramatic comeback.

The only success this month was against a disappointing Japan, which trailed 52-13.

“I’m sure the fans have doubts and feel that I don’t know how to coach, but it’s a progression towards the World Cup and we have our ups and downs.

“We want to be stronger in the Six Nations and put ourselves in fourth or fifth place in the World Cup, ready to go.

“I had a plan for how England could win the World Cup, but it didn’t work out in a perfect way.

“Sometimes you need these games to help you understand areas that need reinforcement. 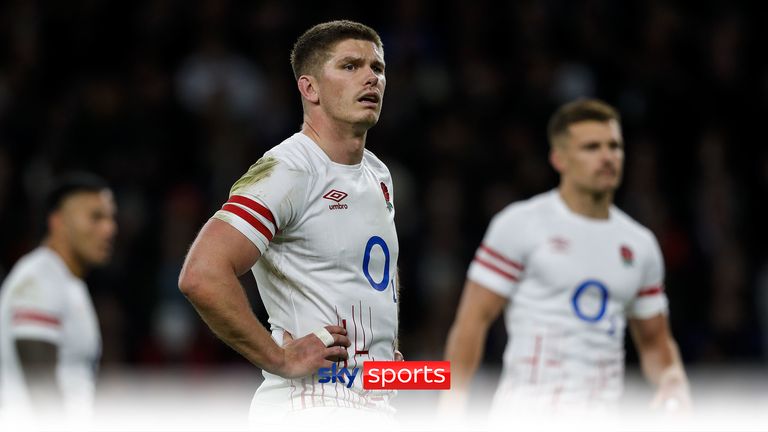 England captain Owen Farrell says the team is hurting after the defeat to South Africa at Twickenham but says the players will take advantage of what they have done to prepare for the Six Nations in February.

England captain Owen Farrell says the team is hurting after the defeat to South Africa at Twickenham but says the players will take advantage of what they have done to prepare for the Six Nations in February.

“We don’t go astray. You have days like against South Africa. I’ve had worse days than that.

“We felt really confident going into the game. We knew where South Africa was going, but on the day we weren’t playing well enough to win in those regions.”

Jones blamed the Springboks’ defeat on his side’s debate issues, adding that he had “serious concerns about how the struggle is being arbitrated”, without opening broad on what those issues are.

As of 2019, the RFU has conducted a review after each piece of furniture but declined to disclose who sits on the board other than to include “board members and executives along with former players and coaches”. independent member”.

However, in contrast to the apparent support for Jones as the 2022 Six Nations ended with three defeats for the third time in five years, there was no mention of support for the England head coach for the first time. this.

While facing new scrutiny, Jones has been well-backed by Sweeney in the past and is not expected to be fired.

His eight-year reign ends after the 2023 World Cup with the RFU hoping to appoint his successor in May after reportedly drawing up a three-man shortlist of Steve Borthwick, Ronan O’Gara and Scott Robertson.

Sir Clive Woodward led criticism following a heavy defeat to South Africa, claiming that the result completed “the worst week in English rugby history” and that the match in the country was a ” utter chaos”.

How to clean shiny skin in a few simple steps

LSU Football ensures that its goal posts are kept intact 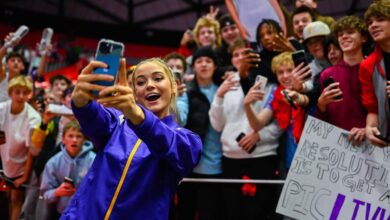 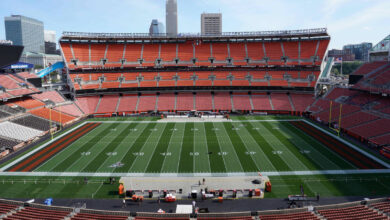 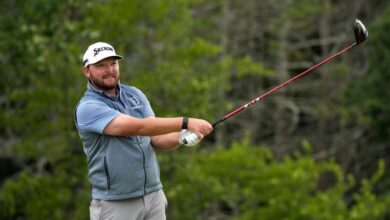