Previous research in animals has suggested that exposure to PFAS increases the risk of liver cancer, but this is the first study to confirm an association using a human sample.

“This builds on existing research, but takes it a step further,” said Jesse Goodrich, PhD, a postdoctoral scholar in the Department of Population and Public Health Sciences at the Keck School of Medicine. again. “Hepatic cancer is one of the most serious markers of liver disease, and this is the first study in humans to show that PFAS is associated with the disease.”

The team at Keck School of Medicine were able to use human samples collected as part of a large epidemiological study, a collaboration between the medical school and the University of Hawaii, called the Multiethnic Cohort Study. . This project has tracked more than 200,000 residents of Los Angeles and Hawaii for the development of cancer and other diseases.

This repository of human blood and tissue samples allowed the team to find the 50 participants who eventually developed liver cancer, evaluate blood samples taken prior to a cancer diagnosis, and compare them to the 50 who did not. cancer development from the same study.

“Part of the reason why there are so few human studies is that you need the right samples,” said Veronica Wendy Setiawan, PhD, professor of population science and public health at Keck School of Medicine. “When you’re looking at environmental exposure, you need to get a sample before you make a diagnosis because cancer takes time to develop.”

The researchers found several types of PFAS in blood samples taken before the participants developed liver cancer. The study found the strongest link between PFOS and liver cancer, and subjects in the top 10 percent exposed to PFOS were 4.5 times more likely to develop liver cancer than those with PFOS levels. lowest in blood.

Disruption of normal metabolic processes in the liver can cause more fat to accumulate in the liver, a condition known as nonalcoholic fatty liver disease (NAFLD). There has been a significant and unexplained increase in NAFLD globally in recent years, which is cause for concern because people with NAFLD have a much higher risk of developing liver cancer. NAFLD is expected to affect 30% of all adults in the US by 2030.

Increase knowledge about the health effects of exposure to PFAS

PFAS, which is used in a wide variety of consumer and industrial products, was first detected in the blood of people exposed to these chemicals in the workplace in the 1970s. By the 1990s, they had already been detected. found in the blood of the general population, leading to an increasing awareness of potential health risks.

Some manufacturers have phased out the use of PFOA and PFOS, but because they are long-lived, PFAS is found in the drinking water, many food products, and blood of more than 98% of adults in the United States.

Researchers at the Keck School of Medicine, led by Leda Chatzi, MD, PhD, professor of population science and public health, have conducted numerous studies on the association between PFAS exposure and injury. liver disease, liver disease and now liver cancer. They hope to further validate their findings about the link with liver cancer in a larger study later this year.

“We believe our work is providing important insights into the long-term health effects these chemicals have on human health, particularly in how they can damage normal liver function”. “This study fills an important gap in our understanding of the true consequences of exposure to these chemicals.”

Facebook has turned over chats used to prosecute 17-year-olds in abortions, raising worries that the practice could become widespread

After suffering huge losses, SoftBank plans to reduce its Alibaba stake from 23.7% as of June 30 to 14.6%, raising around $34B in the current quarter (Kosaku Narioka/Wall Street Journal) 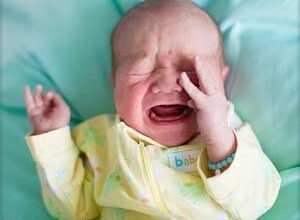 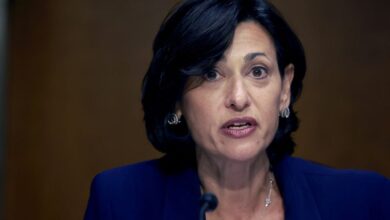 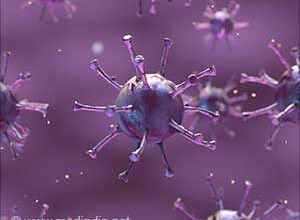