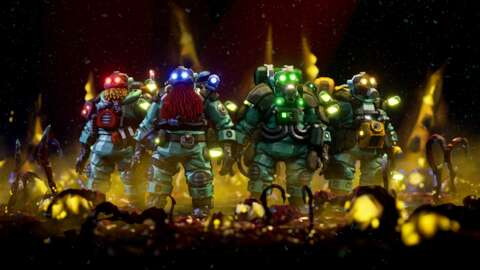 Deep Rock Galactic Season 3 is coming, which is expected to start this November. The new season adds biome-changing special effects to Hoxxes IV, as well as brand new grenades and a new activity waiting to be discovered in mines full of monsters. Before starting Season 3, I played through a version of the new activity, combining the two stages.

In the first stage, you will clear Rockpox’s nests, while in the second stage, you will mine the Rockpox-infected asteroids that are bringing disease to the planet. Between the two, my favorite is the former, where you need to work with your team to track down and then clear the nests of Glyphid Grunts and Glyphid Praetorians that have been infected with Rockpox. The disease produces tubercles on the organisms – these are the only weak points in their impenetrable outer shells.

Deep Rock Galactic has always been a swarm-based cooperative shooter, similar to Left 4 Dead or Back 4 Blood, but with more defined classes and roles for each player on the team. Compared to previous seasons, the new enemy types don’t really add anything significantly different to the gameplay experience. You’re still shooting a bunch of enemies, only now you have to be careful to only shoot certain points at enemies instead of intentionally spraying all over the place. Even so, I did love the scary new designs for the infected.

My favorite is the nest mechanic that comes with these new enemies. Rockpox-infected enemy spawning nests must be cleaned up in order to be destroyed. Getting close to the nests will also infect you slowly, which means you’ll have to monitor your Rockpox infection levels while diving into the mines. Decontamination is a collaborative process, requiring part of your team to coat the glowing red nests with gel-like goo, while the rest suck out the nest’s weakened tentacles. While this is going on, enemies will continue to appear and fight back, so it would also be nice to have someone on duty to clean up the Glyphid.

I really like the collaborative nature of the operation, which has always been Deep Rock Galactic’s strength over similar experiences. The abilities attached to each character class – Engineer, Gunner, Driller, and Scout – encouraged players to take on specific roles on each excursion, helping to ensure everyone felt part of the game. useful. Unfortunately, many of the new activities added in recent seasons have been a bit different, primarily focusing on shooting and then leaning towards ADC. It’s great that more supportive roles feel more useful in a new nest cleanup, where it helps if teammates are geared toward exploring and moving to find and completely eradicate the furthest corners of anything. any given group.

That praise doesn’t easily apply to the other half of the new operation, in which your team of dwarves need to mine into a giant crystallized asteroid to get the plague heart resource that can be found. hidden value inside. This activity seems to work in favor of the Gunner, as you need to stop waves of enemies while you defend and maintain drills that are mining into the asteroid.

Of course, these new activities aren’t the only quests you can take on whenever you go on an expedition. They are assigned to your quest objectives along with a number of other objectives, often detailing a specific mineral that you must also collect. It is among the other goals that Engineers, Drillers and Scouts still shine the most. And that’s great, don’t get me wrong, but I just hope these new seasonal activities goals give more opportunity for more layers of support to shine. Finally, the seasonal activities seem to keep coming back to shooter content, that’s the whole Gunner class deal. I wish there were more activities geared towards exploration and scouting so the other classes could shine a little bit more.

At the very least, every class gets a little more deadly in Season 3, thanks to new grenades coming to the game. My favorite engineer, Shredder Swarm, scatters a swarm of enemy-seeking blades that, when detonated, fly through the air in search of prey. Scout’s Voltaic Stun Sweeper is also quite interesting, hovering in the air to hit enemies many times. Along with those two, Gunner gains the Tactical Leadbuster, which shoots projectiles in all sorts of ways when detonated, and the Driller gains the Spingloaded Ripper, which fires three rows of razor blades in a shotgun-like explosion. .

Deep Rock Galactic continues to be pretty entertaining and offers new content in Season 3 that will keep fans hooked for another season as they work through an all-new battle and cosmetic collection to unlock. Or, if you’re like me, the new content provides a great excuse to get back into the game for a few rounds with friends, without even having to buy battle cards. Like GameSpot tutorial editor Mark Delaney, I feel like I’ve reached the pinnacle of battle between all the live service games I’ve played regularly. I don’t think I can reasonably invest in another right now. But having a reason to go back to Deep Rock Galactic is always a good thing in my books.

Deep Rock Galactic Available for Xbox Series X | S, Xbox One, PS5, PS4 and PC. Season 3 will launch on PC first, releasing for Steam on November 3. It will then launch on Xbox and PlayStation on November 17. 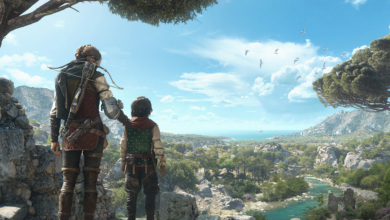 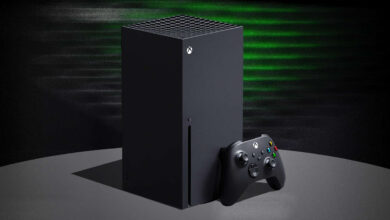 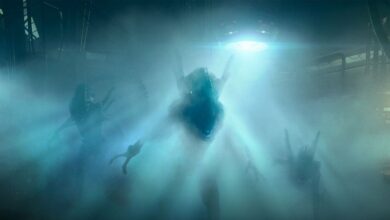