Bosnians are voting to choose the country’s new collective president in the most important election since the end of the war and the signing of the 1995 Dayton agreement.

Polls opened at 7am (05:00 GMT) on Sunday after a campaign season marked by threats of secession, political infighting and fears of future turmoil in the ethnically divided Balkan nation.

Nearly 3.4 million people are eligible to vote. Voters will cast ballots for three members of Bosnia’s tripartite presidency, a member of parliament and the country’s president, Republika Srpska.

About 90 political parties have put forward their candidates, with another 17 running as independents.

The Balkan country is governed by a dysfunctional administrative system created by the 1995 Dayton Agreement that succeeded in ending the conflict in the 1990s but largely failed to provide a framework. to the political development of the country.

The peace agreement divided the country into two highly independent governing entities: the Republika Srpska – which is dominated by Serbs – and the Federation of Bosnia and Herzegovina, shared by Bosnians and Croats. The two entities have broad autonomy but are linked by common national institutions. All actions nationwide require the consent of all three ethnic groups.

After the war, ethnic political parties have long taken advantage of the country’s divisions to maintain power.

“Everyone is not represented equally and our democracy and sovereignty are always challenged by others,” Ena Porca, a first-time voter, told Al Jazeera.

With little or no poll data available, analysts say the incumbents and nationalist parties that have dominated postwar politics are likely to win multiple races.

Adnan Huskic, a political science professor, told Al Jazeera that election conditions were a “perfect storm” where nationalist parties represented their own interests, not those of voters.

“Raising ethnic tensions and creating problems and conflicts is their way of diverting public attention away from dire socioeconomic conditions,” he said.

Many voters say the lack of young candidates coming up with new ideas has left them largely uninterested ahead of the election.

Sara Djogic, a 21-year-old philosophy student in the capital Sarajevo, told AFP: “Most of the candidates running for office are people we’ve been following for the past 20 years.

“Not many people offer something new,” she added.

The country’s Bosnians will also face the choice of voting for a coalition of 11 different parties trying to break the mainstream SDA’s dominance.

The SDA is led by Bakir Izetbegovic – the son of the first president of independent Bosnia – and has dominated much of the political scene in the country for decades.

Meanwhile, Bosnia’s longtime Serb political leader, Milorad Dodik, is seeking his third term as president of Republika Srpska and has used the election campaign to back a program Russia’s separatist agenda and war in Ukraine – which led to the US placing him under new sanctions in January.

Dodik’s main challenger, Jelena Trivic, has promised to crack down on corruption in Republika Srpska if elected.

“Our revenge will be the law,” Trivic said ahead of the poll.

Bosnia never fully recovered from the 1992-1995 ethnic war, with the death toll approaching 100,000. The war began when the Serbs, who made up about a third of the population, tried to split it and unify the territories they claimed as their own with neighboring Serbia.

In the past eight years alone, an estimated half a million people have been displaced due to lack of work, poor public services and rampant corruption.

A nationwide opinion survey released last week on public perceptions of elections indicated that more than 40% of Bosnians believe their country’s electoral system does not allow for reflection. true will of the people.

Nearly 10% of respondents to a survey commissioned by the Organization for Security and Cooperation in Europe said they were under pressure from family members while another 6.8% said they were threatened. threaten to lose their jobs if they do not vote for a particular party or Candidate.

The ever-present threats and vitriol led some to skip the polls on Sunday.

“I don’t expect anything new after these elections. Everything will be like that,” Mira Sladojevic, a pensioner in Sarajevo, told AFP.

“I haven’t voted in a long time,” she added.

The first wave of preliminary results is expected a few hours after the polls close at 7pm (17:00 GMT). 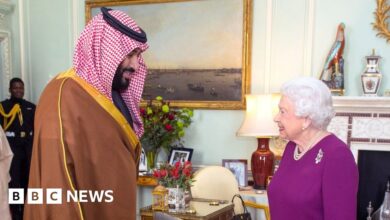 Mohammed Bin Salman: Controversial invitation of the Crown Prince of Saudi Arabia to the Queen’s funeral 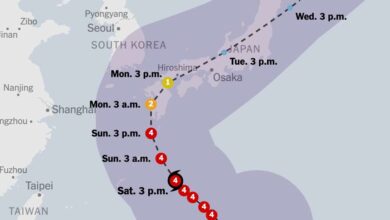 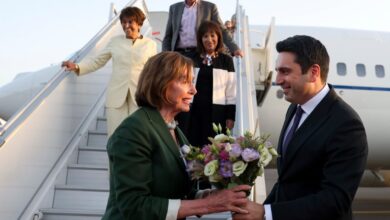 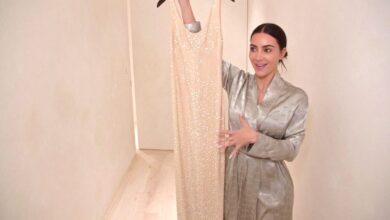