Beyoncé is solving her wrongs!

Just a few days after the release of her new album, RenaissanceQueen Bey has been affected by a number of separate controversies surrounding the different lyrics of her songs. Now, she’s making some subtle changes!

On Wednesday, the singer released a new version of her song Energy that was originally sampled Kelis‘ Milk shake. The updated song (only available on streaming services at this time) no longer includes the sample beat and Kelis’ name has also been removed from the songwriting credits. Kelis has yet to confirm the edit, though we’re sure she’ll be happy AF!

As we reported, after the pop star’s new record fell on Friday, fans were excited to see an unexpected “collaboration” between the artists. However, Nas’s ex-wife was quick to applaud those assumptions – going so far as to accuse Beyoncé of “theft”. When a Instagram User praise Energy for “the collaboration the world really needs,” writes Kelis:

“It’s not a collaboration but a theft.”

She kept calling out the music industry and Ivy Park founder’s group for “no soul or integrity” in the way they treated her, writing:

“My mind is also blown away because the level of disrespect and complete ignorance on the part of all three parties involved is astounding.”

Related: Charli D’Amelio Returns To Fire After Ex Called Her A ‘Homie Hopper’ In Song!

To demonstrate how the sample was mishandled, she added:

“I heard about this the same way everyone else did. Nothing is ever as it seems, some people in this business have no soul or integrity and they have been misled by people. “

Yeesh! Not a good look for B! Good thing she changed it! Although, for anyone who still likes to buy CDs or records, they will always have the OG track, so we think Kelis might still want some money for that!! Just say!

Fans also don’t seem to mind switching because they’ve already switched Twitter series of comments about the quick action the mother-of-three took to resolve the issue. Check out their hilarious response to the deleted template (below)!

Not that Beyonce quietly dismisses Kelis thoughts about energy and gets on with her day. pic.twitter.com/Lv4iuqHEUI

After listening to “Energy,” I feel like Beyonce’ credits Kelis as the way she gave Kelis flowers. I honestly thought Beyoncé was trying to surprise her in a good way but it backfired. Lol I say this is bc if you listen to the song you won’t even know which part she modeled

The way that we can’t even tell the difference between the old and new version of Energy. Kelis should be ashamed to death. pic.twitter.com/jiRO4vK8jQ

I absolutely love the way Beyoncé handles the business. Want the term viable to disappear? Talk less. Kelis wanted to scream…speak less. No credits, no samples. I aspire to be graceful and not be bothered by negativity!

The controversy came amid calls from two others to change the lyrics. The 40-year-old singer-songwriter has confirmed that she will remove the offensive word “s**z” from her song Boil after the negative from the disabled community. Upon hearing the backlash, Foreign the winner’s representative told Diversity in Monday:

“The word, not intended to be used in a harmful way, will be substituted.”

The interesting way, Monica Lewinsky also requested her name be removed from her 2013 track, Bulkhead. Not sure if Halo vocalists will make that change, though.

uhmm, while we’re at it… #Bulkhead

Thinking, longtime readers? Sound OFF (below)!

I lead the Consumer Technology Association and I have never commented on an FTC lawsuit until now. Lina Khan's new case against Meta is ridiculous 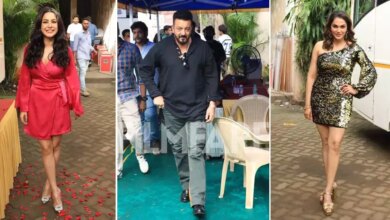 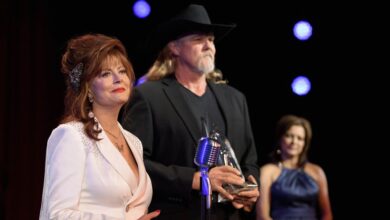 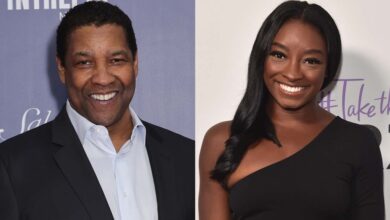