European football features most of the best players in world football, and many talented right-wingers ply their trade in Europe. While there are many players in this wing spread across the different leagues, there are some that we could regard as the best.

Salah is arguably the best winger in world football currently. His style of play and productiveness have made many pundits compare him with Lionel Messi, earning him the nickname “Egyptian Messi.”

Salah is a small, fast, and highly skillful winger who can score and assist almost at will. Since his debut at Liverpool, he has been one of the most productive players in world football regarding goals and assists. Salah has won the Premier League and UEFA Champions League once each, amongst other crucial trophies.

Serge Gnabry began his professional career with Arsenal FC in 2012. He had stints around clubs in England and Germany before finally getting a first-team spot at Bayern Munchen in the 2018-19 season. Since then, he’s been on an upward spiral. He won the Bundesliga in his first season and was named Bayern Munchen’s player of the season.

His best season to date was the 2019/2020 season when Bayern won the prestigious continental treble. Gnabry was an active participant scoring a career best of 23 goals that season.

Gnabry is a pacy winger who can use both feet to beat defenders and score fantastic goals. Over time, he’s proven to be one of the most feared wingers in club football, with many top clubs always looking to steal his services from Bayern Munchen.

Riyad Mahrez is one of the best African players of his generation. He came into the global limelight when he helped newly promoted Leicester City FC win the prestigious English Premier League title. This feat earned him numerous individual awards, which include the PFA Player’s Player of the Year Award and BBC African Footballer of the Year Award.

Mahrez is a left-footed player who operates on the right flank, enabling him to cut through and deal damage with his strong foot. He relies on his trickery and dribbling ability to beat defenders and score goals or provides assists to his teammates. Mahrez is also a fine set piece taker.

He’s won numerous trophies in his career, including four English Premier League titles, one FA Cup, 3 EFL cups, and many others. He was Manchester City’s highest goalscorer last season with 24 goals.

Jadon Sancho has always been one of the most exciting young stars in European football since his move to Dortmund from Manchester City FC. He likes terrorizing defenders with his assists and goalscoring prowess.

Sancho’s best assets are his fantastic dribbling and excellent ball control. His notorious use of tricks and body feints to beat defenders makes him unpredictable on the pitch. Despite not picking his form early last season after his transfer from Borussia Dortmund to Manchester United, he showed his class in the later stages to help a struggling United side to a 6th place finish.

Sancho has scored 54 goals and 68 assists across 171 competitive games at the senior level. He has also won one DFB Pokal, one German Cup, and one U-17 world cup.

Not many football fans wouldn’t know Angel Di Maria and his legacy in world football; born in Santa Fe, Rosario, in Argentina, the 34-year-old always makes a name for himself in any team he plays.

Di Maria is a quick, tricky, strong, and talented winger with a flair for providing assists and scoring goals. He is blessed with near-perfect technicalities, ball control, dribbling, passing and positional awareness which has made him a constant threat to defenders at all levels.

It’s no wonder he still played regularly last season despite having the trio of Messi, Mbappe, and Neymar in the squad. Di Maria has won 28 major senior trophies in his career and can still add more to his cabinet with his move to Juventus.

Another English Premier League youngster, Bukayo Saka came through the youth ranks at Arsenal before finally breaking into the first team in the 2019-20 season. Saka has since developed brilliantly to become one of the finest right-wingers in European football, with his attacking incisiveness and creativity making him stand out.

Saka has been at the form of his life this season, involving himself in a whopping 18 goals in the English Premier League. He also created 49 chances, placing him at 5th best. Saka hasn’t achieved much in his career, with the FA Cup and Community Shield being the only trophies he’s won at the senior level.

However, he still has the time to develop and become one of the finest wingers of his generation.

These are some of the best right-wingers in European football. Football is a team sport, and there are several positions for players. For the right wing specifically, here are the six best players in the entire continent.

Tags
Best 6 right-wingers in European Football at the Moment

Dozens of people in China infected with new 'Langya' virus 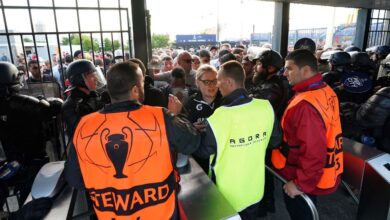 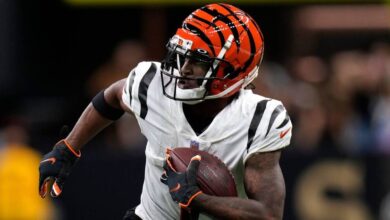 Ja’Marr Chase appears to be traumatized compared to the Falcons 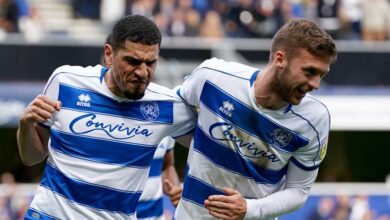 Lakers can start Westbrook, Beverley together